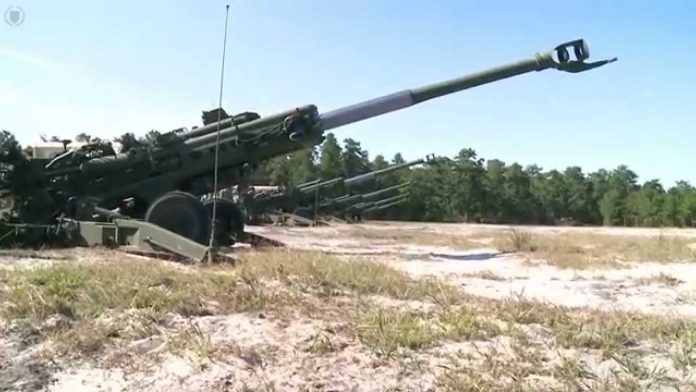 The M-777A2 155mm towed howitzer deal between India and the United States which was to be signed on 5 September has been delayed.

In June 2016, India’s Ministry of Defence (MoD) announced that it would purchase BAE Systems’ M-777A2 155mm towed howitzers from the United States via the US Foreign Military Sales (FMS) programme. India plans to purchase 145 M-777A2s at a cost of $750 million. In addition, the MoD has cleared production of 155mm Dhanush towed artillery guns indigenously-developed by the Defence Research and Development Organisation (DRDO). In July 2016, India’s Gun Carriage Factory handed over three Dhanush guns to the Indian Army.

These decisions are a major boost to the Indian Army’s artillery branch which has hardly received any sophisticated weaponry since 1989. Both the M-777A2 and Dhanush will replace the obsolete self-propelled BAE Systems/Bofors FH-77B 155mm weapon. The M-777A2 will be inducted into service with the Indian Army’s 17 Mountain Corps since the guns can be easily airlifted and are ideally suited for mountain warfare.

India’s Mahindra Group has been selected as BAE Systems’ business partner for the M-777A2 acquisition and will be responsible for the assembly, integration and testing of the weapon. Delivery is expected to commence six months after the signature of an acquisition contract, with deliveries being completed within five years.