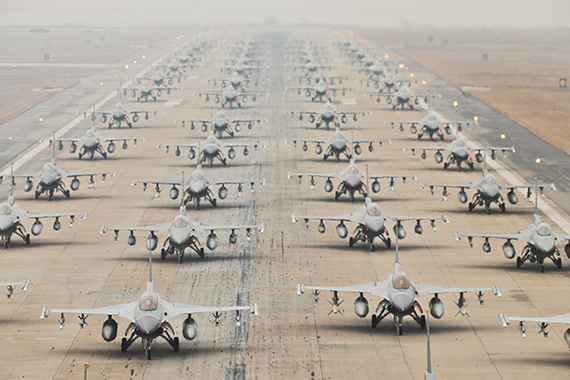 The news follows the announcement on 18 November that the firm had won a contract worth $1.2 billion to upgrade the Republic of Korea Air Force (ROKAF) F-16C/D fleet. The contract award comes nearly a year after the US giant was selected by the Republic of Korea government to perform the work. According to the US Defence Security Cooperation Agency, which has supervised the contract, the upgrade will involve all 134 ROKAF F-16C/D aircraft and the total cost is expected to reach $2.5 billion including the aircraft’s weapons, associated equipment and logistical support.

Sources close to the programme have told asianmilitaryreview.com that upgrade work is already believed to be underway on the first two ROKAF F-16C/D aircraft, numbers 92-4021 and 92-4046, which were initially going to be the first two aircraft upgraded by BAE Systems. The latter company had originally been selected as preferred bidder for the ROKAF F-16C/D upgrade on 31 July 2012 with the firm taking delivery of two ROKAF F-16C/Ds at its Fort Worth Alliance Airport facilities in Texas, for use as prototypes and test aircraft for the upgrade. However, after Korean officials complained about purported extra costs being added to the deal that were not part of the original agreement, the contract with BAE Systems was cancelled at the request of the Korean government on 5 November 2014.