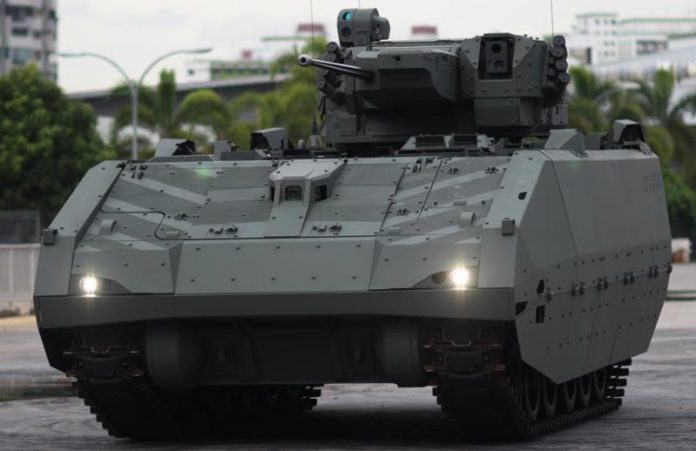 The first protypes delivered by ST Kinetics in July for the Next Generation Armoured Fighting Vehicle (AFV) for Singapore’s ground forces are continuing evaluation.

This development was initiated in 2006 and is well on its way to the scheduled in-service date of 2019. The design is unconventional in that, like the Rheinmetall Puma Infantry Fighting Vehicle, the commander, gunner, driver and eight embarked infantry are positioned in the same well-protected hull compartment.

The weapons station is fully remote-controlled, and able to mount a 25mm or 30mm auto cannon with a 7.62mm coaxial machine gun. On board sensors, perimeter cameras and sights, including a 360 degree panoramic sight, are networked within the vehicle. The Next Generation AFV will provide a world class fighting vehicle capability.