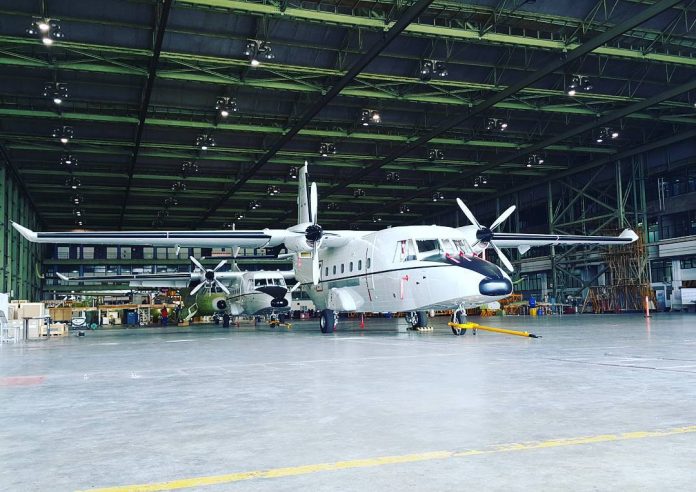 PTDI, in its largest contract to date, will purchase 34 Honeywell TPE331 engines for its NC212i aircraft.

LANGKAWI, Malaysia, March 22, 2017 – Honeywell (NYSE: HON) has been selected by PT Dirgantara Indonesia to supply 34 TPE331 turboprop engines for its NC212i aircraft over the next four years. Honeywell is expected to deliver the first six engines in 2017, with the rest to be delivered through 2020.

“PTDI’s new generation NC212i aircraft is an exceptional aircraft that suits Southeast Asia’s need for a variety of missions, including maritime and coast guard patrol, passenger, troop and cargo transport, search and rescue, and medical evacuation. As a key high-growth region for Honeywell, we are committed to supporting aircraft operators and manufacturers such as PTDI as they expand their capabilities across the region,” said Mark Burgess, vice president, APAC, Defense and Space, Honeywell Aerospace. “We are excited and confident to see Honeywell’s TPE331 engine deliver swifter throttle response and increased fuel efficiency — for maximum mission performance.”

“PTDI has a rigorous selection process when it comes to engines for our aircraft. Honeywell’s TPE331 engine is well-aligned with our needs for its reliability and cost efficiency,” said Budi Santoso, president director, PTDI. “We are confident that the TPE331 engine will deliver excellent performance and reliability while enhancing our aircraft capabilities. The agreement with Honeywell also further strengthens our capabilities as an aircraft manufacturer in the region.”

The TPE331 was Honeywell’s first turboprop engine, originally designed more than 50 years ago, and the first commercial version received its Supplemental Type Certificate from the Federal Aviation Authority in 1965. Throughout this time, Honeywell has made numerous improvements to the power section and gearbox, which have allowed the engine to prove itself in demanding conditions around the world.

Developed for multiple applications within military, regional airline, agricultural and general aviation aircraft, the series now includes 18 engine models and 106 configurations. Today, with more than 13,000 engines delivered and more than 122 million hours of flight time, the TPE331 is one of the most reliable and proven turboprop engines, known for its shorter takeoffs, improved fuel efficiency and lower operating costs.

PTDI is an Indonesian state-owned company in Asia with core competencies in aircraft design and development, aircraft structure manufacturing, aircraft assembly, and aircraft services for civilian and military light and medium aircraft. It produces the CN235 maritime patrol aircraft, C212-400 and NC212i. Before this agreement, Honeywell was selected by PTDI to supply 11 TPE331 engines for its NC212-400 and NC212i turboprop aircraft in 2015.

Honeywell Aerospace products and services are found on virtually every commercial, defense and space aircraft, and its turbochargers are used by nearly every automaker and truck manufacturer around the world. The Aerospace business unit develops innovative solutions for more fuel-efficient automobiles and airplanes, more direct and on-time flights, safer flying and runway traffic, along with aircraft engines, cockpit and cabin electronics, wireless connectivity services, logistics, and more. The business delivers safer, faster, and more efficient and comfortable transportation-related experiences worldwide. For more information, visit www.honeywell.com or follow us at @Honeywell_Aero and @Honeywell_Turbo.

Honeywell (www.honeywell.com) is a Fortune 100 software-industrial company that delivers industry specific solutions that include aerospace and automotive products and services; control technologies for buildings, homes, and industry; and performance materials globally. Our technologies help everything from aircraft, cars, homes and buildings, manufacturing plants, supply chains, and workers become more connected to make our world smarter, safer, and more sustainable. For more news and information on Honeywell, please visit www.honeywell.com/newsroom.