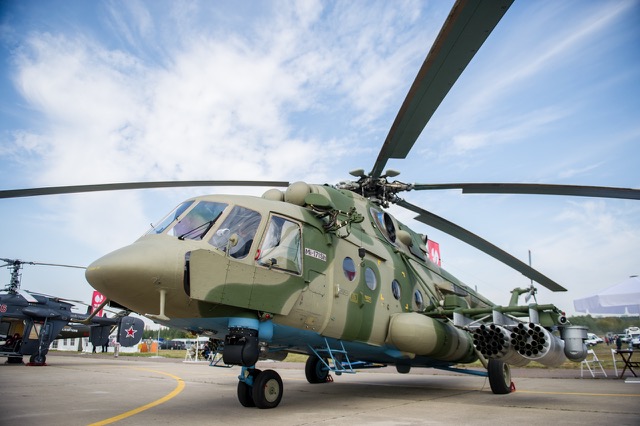 Rosoboronexport, part of Rostec State Corporation, signed contracts in the context of military and technical cooperation for USD 9 billion. In last year’s Russian regional export pattern of military equipment Asia took the first place. According to Rostec state corporation, the most in-demand armament is the aeronautical equipment which accounts for 40% of demand, air defence facilities together with naval engineering and land military equipment come then in equal shares.

“In 2016 Russian military and technical cooperation actors signed contracts for more than 9 billion USD,” Dmitry Shugaev, Director of Russian Federal Service for Military and Technical Cooperation, told during his speech at the Diplomatic Academy of the Ministry of Foreign Affairs of Russia.

According to him, Asia as a region takes the first place in Russian export pattern of military equipment with 53% of total annual volume, Africa occupies the second place with 42% and then come North and South America with 3% and Europe with 2%.

Rostec is a Russian corporation, created in 2007 to promote development, production and export of high-tech industrial products for civil and military purposes. It is comprised of over 700 organizations, which form 9 holding companies in the military-industrial complex and 6 in civilian industries, as well as 32 organizations under direct management. Rostec portfolio includes such well-known brands as AvtoVAZ, KAMAZ, Concern Kalashnikov, Russian Helicopters, VSMPO-AVISMA and others. Rostec organizations supply to and operate in over 70 countries. Consolidated revenues of Rostec companies in 2015 exceeded 1.14 trillion rubles (over 19 billion USD). According to the new Rostec strategy, the main objective of the corporation is to provide a technological advantage to Russia in highly competitive global markets. The planned investment volume for the development program until 2025 is over 4.3 trillion rubles (over 70 billion USD).