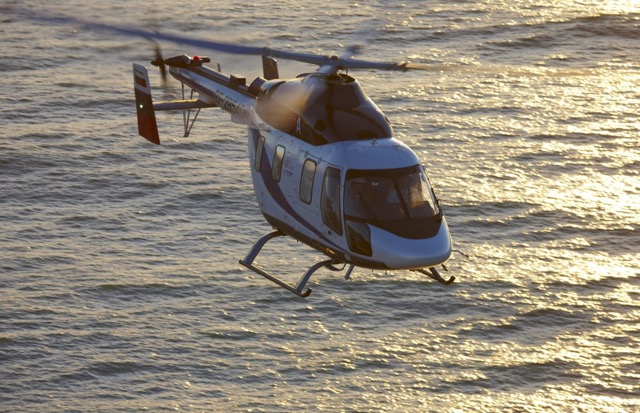 The delegation of the Ministry of Public Security of the Republic of Vietnam arrived on a working visit to the capital of Tatarstan. The talks between the foreign visitors and the experts of the Russian Helicopters (part of Rostec) holding were held on the grounds of the Kazan Helicopter Plant. The main aim of the visit was to discuss the question of shipment of civilian helicopters to the Republic of Vietnam.

The Ansat and the MI-15V-5 attracted special attention of the delegation. Demonstration flights of the helicopters were organized at the aircraft testing complex of the plant,  during which the members of the delegation were able to see the agility and the flight characteristics of the machines both from the ground and from inside the cabin.

The delegates of the Ministry of Public Security of the Republic of Vietnam visited the main industrial facilities of the Kazan Helicopter Plant. During their two-days visit to Kazan the guests were shown the assembly sites of the ground units and fuselages of Mi-8/17, Ansat, and Mi-38 helicopters. The members of the delegation also visited the major series area where Mi-8MTV-1 and Mi-17V-5 helicopters were exhibited and the minor series area where the Ansat helicopters are assembled.

“The Socialist Republic of Vietnam is one of our promising partners and possesses large operating experience in the field of aviation technology. During more than half a century of cooperation we have shipped over 50 helicopters to Vietnam, including Mi-4, Mi-8, Mi-17, Mi17-1В, Mi-171Е, and Mi-172. Our helicopters are exploited by both air forces and civil aviation – many of them are used in the oil industry for the drilling shelfs. The multirole Mi-38 attracted great interest of the foreign delegation,” says Alexander Shcherbinin, Deputy CEO for marketing and business development of the Russian Helicopters holding.

The multirole helicopter Ansat has maximum speed of 275 km/h and cover the distances over 500 km. Due to the notable competitive advantage in its class, the Ansat attracts the interest of not only Russian but also foreign helicopter operators. Its various modifications as well as the easily-removable equipment allow the helicopter to serve for both army and civil purposes successfully. These days the serial production of in-house developed helicopters is underway: Ansat-U is aimed at the training of aviation school cadets, and the other Ansat model is certified according to the requirements of the Aviation rules for civil aviation.

The military transport helicopter Mi-17V-5 is part of the Mi-8/17 family and is supplied for various army forces in the Russian Federation and abroad. This type of helicopters is able to transport up to 4000 kg of cargo internally or on the external sling. The helicopter can also be used in combat missions requiring the use of various weapons, as well as in search and rescue and sanitary operations, and for various special tasks. The helicopter is equipped with modern communication and navigation complexes. During their many years of exploitation the Mi-8/17 KHP-developed helicopters proved to be successfully coping with tasks in all climate conditions and are rightfully among the best and the most popular models in the class.

PJSC Kazan Helicopters (part of JSC Russian Helicopters) produces the Mi-8/17 and Ansat helicopter families.It releases a wide range of modifications of these models: transport, passenger, search and resque, military transport and many others. In 2015 the plant started the serial production of Mi-38. PJSC KH has been certified to develop helicopter technology since 1997. These days the serial production of in-house developed helicopters is underway: Ansat-U is aimed at the training of aviation school cadets, and the other Ansat model is certified according to the requirements of the Aviation rules for civil aviation.