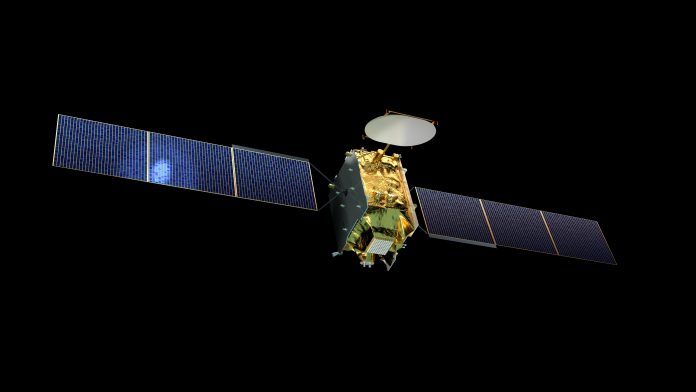 Eutelsat’s new 172B and Quantum satellites will offer improved connectivity and other services to Asian defence ministries and their governments.

Eutelsat-172B is an all-electric satellite designed to offer improved C-band (5.925-6.425 gigahertz/GHz uplink/3.7-4.2GHz downlink) and Ku-band (14GHz uplink/10.9-12.75GHz downlink) connectivity over the Asia-Pacific region. Willy Guilleux, the senior vice president for global government services at Eutelsat, told asianmilitaryreview.com that the new satellite also features a new high throughput Ku-band payload capability that will offer “unprecedented satellite capacity” for in-flight connectivity across some of the world’s most active flight routes. The industry expert confirmed: “The satellite is scheduled for launch on 1st June and will replace and expand Eutelsat-172A at the strategically positioned 172 degrees east location in the fourth quarter of this year.” Eutelsat-172B is the first all-electric satellite built by Airbus’ defence and space subsidiary.

The first Eutelsat Quantum satellite, also being built by Airbus, is slated to be launched and located at 12.5 degree west in 2019. Nonetheless, whereas its reach from this position does not include the ASEAN (Association of South East Nations) region, its customer-controlled flexible payload can be used by Asia-Pacific customers for international operations in a vast zone that stretches from the Americas across to Central Asia. Mr. Guilleux continued: “Our ambition is to expand the Eutelsat Quantum system in order to build a global worldwide secure and flexible connectivity solution.”

He added that: “The high flexibility and innovative features onboard both satellites make them relevant for the Asian military community.” Indeed, Eutelsat-172B has been designed with SOTM (Satellite Communications On-the-Move) requirements in mind. Regarding the Quantum satellite, Mr. Guilleux added that: “the customer-controlled flexible resource allocation enabled by a cutting-edge system derived from military design will be instrumental to the implementation of new doctrines by ministries of defence which are increasingly sourcing commercial satellite capacity that guarantees high resilience and high flexibility.”