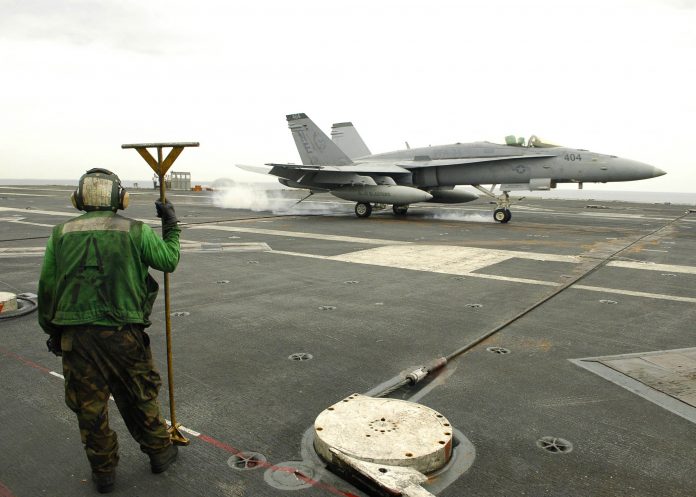 The People’s Republic of China’s third aircraft carrier being planned for the People’s Liberation Army Navy (PLAN) will include significant modifications compared to the country’s first indigenous aircraft carrier, the ‘Type 001A’ class which is currently under construction.

The second domestically-designed and constructed ship is expected to include catapults and traps as distinct from the ski-jump flight deck configuration used on its two previous aircraft carriers; one of which is a ‘Kuznetsov’ class vessel formerly of the Russian Navy.

The speculation on the new carrier commonly referred to as Type 002 follows the publication on Chinese online forums in late August of a photograph of the country’s land-based aircraft carrier mock-up.

Speaking to AMR, Rick Fisher, senior fellow at the International Assessment and Strategy Centre, in Alexandria, Virginia, said “it is expected that the third carrier, perhaps to be built in Shanghai, will probably use steam-powered catapults.  The third carrier will represent China’s next step in the construction of a navay capable of global power projection.”

Another photograph, released on 15 September, shows that the PRC is also developing and flight testing a new variant of the Shenyang Aircraft Corporation (SAC) J-15 fighter, which appears to have received modifications to its front undercarriage for CATOBAR (Catapult-Launch, But Assisted Recovery) operations.

Although there is no official confirmation of the programme at the moment, nor visible evidence that would indicate that construction of the vessel has begun at the Jiangnan Changxingdao shipyard near Shanghai, reports suggest that production of the aircraft carrier’s initial modules is already in progress. Furthermore, satellite imagery captured on 20 June by Airbus’ defence and space division show that significant progress was being made on the construction of two land-based catapults for testing and training.