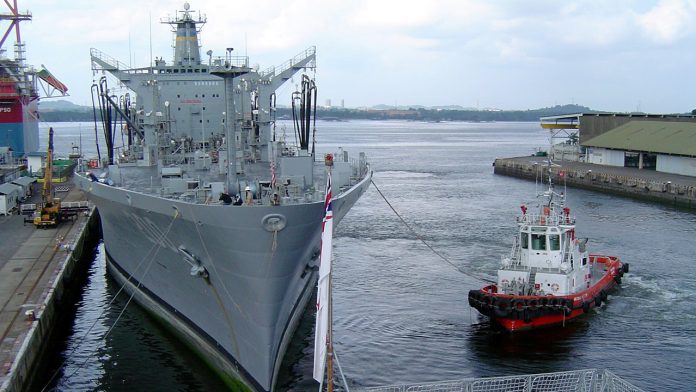 Currently being built by the Republic of Korea’s Hyundai Heavy Industries (HHI) as part of the New Zealand Defence Forces’ (NZDF) Maritime Sustainment Capability (MSC) project, the RNZN’s future tanker is destined to replace the RNZN’s 30-year-old oiler HMNZS Endeavour which has been in service since April 1988. The vessel was acquired under a $360 million contract, announced by the New Zealand government in July.

According to the shipbuilder’s plans, the new vessel will be 166 metres (544 feet) long and capable of displacing 24000 tonnes. Equipped with two Replenishment-At-Sea (RAS) masts, the ship will be able to carry up to 8000 tonnes of diesel fuel, 1550 tonnes of aviation fuel, and 250 tonnes of fresh water for resupply missions. Rolls-Royce will supply four MTU diesel generator sets to provide power for the vessel and for the ship’s switchboards, motors and drives. The platform’s bow thruster and electric RAS systems will also be provided by Rolls-Royce. The company is scheduled to deliver these systems to HHI starting 2018. The RNZN’s new fleet tanker is scheduled for delivery to New Zealand in 2020.