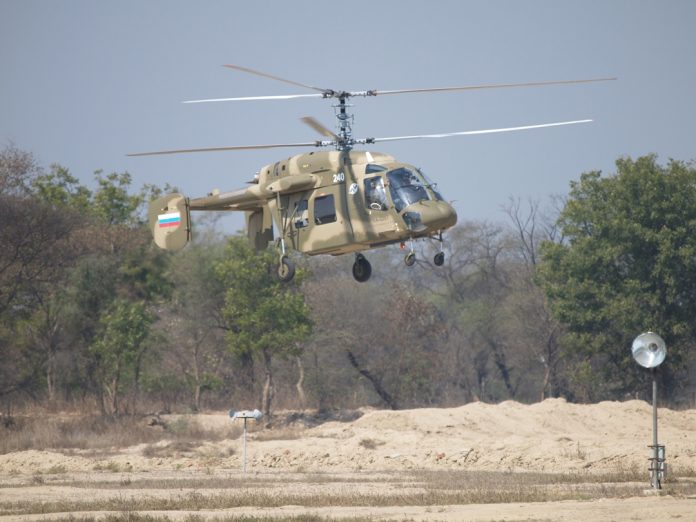 Making his business trip to India, “Russian helicopters” (a Rostec subsidiary) CEO Andrey Boginskiy is going to meet India’s defense minister Nirmala Sitharaman. They will discuss the Ka-226T helicopter project to assemble this helicopter in India.

Specifically, they will negotiate when to sign a contract and what production facility to use for a JV manufacturing Ka-226T helicopters.

Besides, Andrey Boginskiy will discuss with Mrs. Sitharaman possibilities to increase import of helicopters to India and how to arrange aftersales maintenance for helicopters manufactured in Russia and supply of spare parts and components.

“Meetings at that high level are very important for our company, as they allow to establish direct relationship with our key partners, and India is undoubtedly is one of them. Our joint Ka-226T project is implemented in line with the schedule, however, it is much to be done and we are at the very beginning. We also have a huge potential for developing aftersales maintenance and we will certainly discuss this matter with Madam Minister,” noted “Russian helicopters” CEO Andrey Boginskiy.

A cooperation agreement in the field of helicopter production between India and Russia was signed in 2015. According to it, “Russian helicopters” jointly with Rosoboronexport arrange supply and local production of Russian Ka-226T helicopter and its versions in the amount of 200 units, of which at least 140 units must be manufactured by a joint venture located in India.

This joint venture established in June of 2017 will carry out assembly and repair operations and also be an integrator for Indian suppliers.

Ka-226T with its coaxial propellers has a substantial power reserve and high climb capability that increase the helicopter’s hover ceiling. Aerodynamic symmetry and absence of cross-linkages in control channels make it easy to pilot the helicopter that is especially important for low-altitude flights. Such rotorcraft is more maneuverable at any speed. Ka-226T helicopter is very good for mountainous areas and at high air temperature.

Its high performance characteristics and survivability are ensured by two powerful engines. In case of failure of one engine, the helicopter can keep on flying with the other. Ka-226T helicopter has good features designed by the Kamov design bureau: it has low level of vibrations, it’s modular, easy to operate, highly reliable and safe.