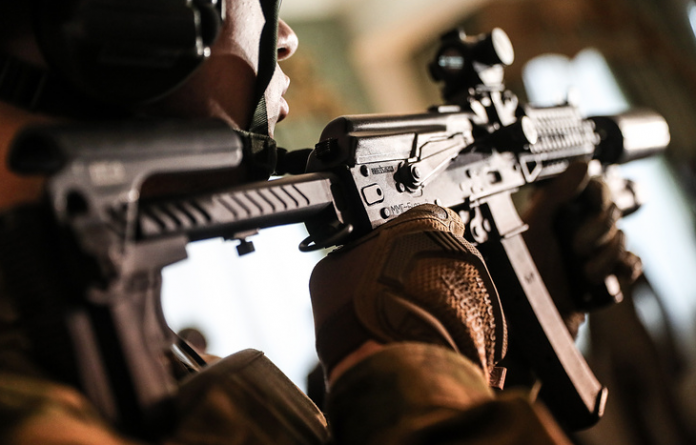 The tender documentation is 99% specified for the outdated Kalashnikov automatic rifles produced in Bulgaria under the expired Soviet license, the source said.

Russia’s state arms seller Rosoboronexport has decided against participating in the tenders of India’s Interior Ministry for the purchase of over 20,000 7.62×39 mm automatic rifles, a source in the system of military and technical cooperation told TASS on Monday.

“The tender documentation is 99% specified by specialists of India’s Interior Ministry for the outdated Kalashnikov automatic rifles produced in Bulgaria under the expired Soviet license. The requirements of India’s Interior Ministry for the purchase of over 20,000 automatic rifles for the reserve of the national police and the border guard service do not allow Russian companies from the very outset to submit their commercial bids,” the source said.

According to the source, the Indian side has specified among the tender’s essential terms the availability of a metal magazine whereas Russia has long given up this option in favor of more reliable plastic items; appliances for the assembly and disassembly of the trigger and firing mechanism, although this mechanism’s design in new Russian assault rifles of the hundredth series has been improved and no longer requires such an accessory and also steel folding butts whereas modern butt-stocks are made of composite materials.

A source in Rosoboronexport confirmed the state arms exporter’s withdrawal from the Indian Interior Ministry’s tenders for the purchase of automatic rifles, saying that Russia’s AK-103 submachine guns did not comply with the terms of the tenders. However, the source declined to comment on the Indian Interior Ministry’s current procurement policy, saying such statements would be incorrect.

In turn, the Kalashnikov Group said it was greatly surprised that old metal magazines were important for the purchasers from the Indian Interior Ministry.

“They are less reliable and subject to rust in a hot climate. The entire world has long been switching over to plastic magazines,” the Kalashnikov Group press office reported, noting that the company planned to invite Indian journalists and experts in the arms sphere to Russia so that they could see with their own eyes modern and qualitative arms, which the Indian police and border guards could get, if the current tender terms “would be more beneficial for the producer of genuine Kalashnikov automatic rifles.”
“No doubt, the Indian side has the right to choose any arms for its law-enforcement, defense and security agencies. In turn, the Russian side has the full right not to act in the role of the tender’s marginal participant and so the refusal by Rosoboronexport to give up the tenders is a logical decision. But if the terms of the tenders are altered, we are ready to take part in them,” the Kalashnikov Group press office said.

The Naval Workhorse – The Rise of OPVs