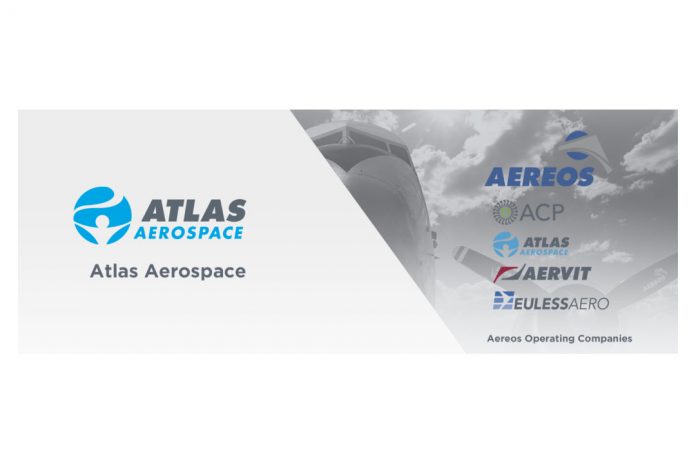 Atlas Aerospace, the new aerospace arm of Atlas Group and the MENA region’s leading aerospace conglomerate, is all geared up for this year’s Dubai Airshow to be held at the Dubai World Central from November 12 to 16, 2017.

The 100 percent Emirati-owned company specializing in aircraft modification and transformation will highlight the pivotal role of its cost-effective and superior-quality aircraft solutions in an evolving global aerospace community, which is being rapidly reshaped by advanced technological innovations.

Ahmed Siddiq Al Mutawaa, Chairman, Atlas Aerospace said: “The birth of the new millennium has brought forth tremendous industry opportunities and new growth areas that previously only existed in our minds. The future of travel as we know it is about to change as technological breakthroughs continue to transform the aerospace landscape.”

“The UAE and its neighboring GCC countries are quickly catching up with these dramatic evolutions as evidenced by implementation of key government policies designed not only to attract more investments to the regional sector but also to take the industry to the next level of development in line with modern requirements. As one of the leading local aircraft integrators of equipment and sensors in the UAE and the GCC, we are excited to demonstrate at the Dubai Airshow what Atlas Aerospace can deliver to help boost and support the ongoing contemporary industry transformations at the local and regional levels,” he added.

The Middle East’s aerospace industry has been booming over the past years in light of intensive economic diversification agendas here — leading to generation of new growth opportunities for regional and global players alike. In the UAE alone, the government is ramping up its efforts, including its mission to Mars program and plans to launch state-of-the-art satellites, to strengthen both the local space and aviation sectors according to UAE Vision 2021.

Professor Imad Victor Lahoud, Managing Director, Atlas Aerospace, concluded: “Showcasing the latest and greatest in military, general, and commercial aviation, the Dubai Airshow is the ideal platform to put the spotlight on our unmatched capabilities in integrating sensors, mission systems, cockpit voice recorders, cameras, radars, and self-protection suites, as well as our variety of modification services on fixed-wing and rotary-wing aircrafts. We look forward to discussing not only our best-in-class services to global visitors attending this year’s event but as well as showing our unwavering commitment to help enhance the global competitiveness of the aerospace community in the UAE and the rest of the GCC region.”