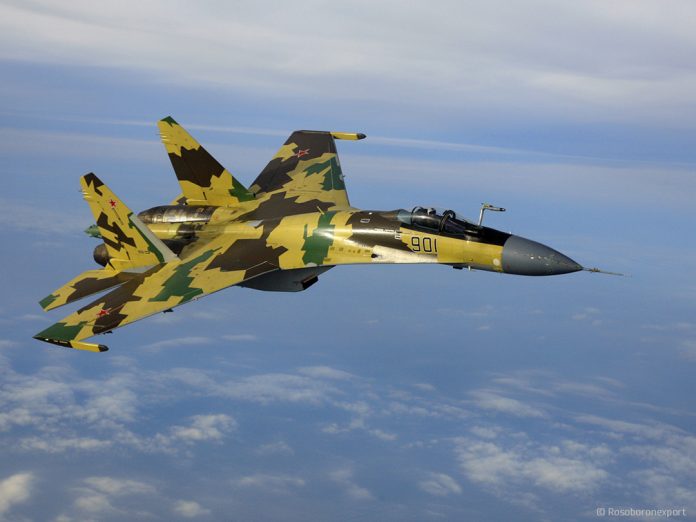 Rosoboronexport are presenting more than 220 examples of Russia’s production of all types of armed forces equipment at Defence & Security 2017. These include helicopters, such as the Mil Mi-17V-5, Kamov Ka-52, Mil Mi-35, and Mil Mi-28NE.

The Mi-17V-5 medium transport helicopter optimised for high altitude performance, has been exported to Afghanistan, India and Thailand, and the Mi-35 attack helicopter to India and Myanmar. Russia’s advanced combat aircraft, the Su-35, and Su-30 multi-role fighter aircraft that is in service with the air forces India, Indonesia and Vietnam are also being featured at the show.

In the naval sector, Rosoboronexport will present Project 636 and Amur submarines. The Type 636 is a large diesel-electric submarine designed for anti-submarine warfare (ASW) and anti-surface-ship warfare (ASuW) and also for general reconnaissance and patrol missions. The submarine is considered to be to be one of the quietest diesel submarines in the world, capable of detecting an enemy submarine at a range three to four times greater than it can be detected itself. The Amur diesel-electric submarine is designed to destroy enemy submarines, surface ships, vessels, land targets and conduct reconnaissance missions.

Details of the Project 11356 frigate will be projected. The frigate is designed for anti-ship and anti-submarine warfare in the high seas, and anti-aircraft actions both independently and as an escort ship. The frigates embark one Ка-28 or Ка-31 helicopter in hangar and feature the latest Russian detection and target designation radar designed for detection of air and surface targets and output of target designation data to firing units.

Land-based anti-aircraft systems featured at the show are the Buk-2ME, Pantzir-S1, and Igla-S and Verba MANPADS, and the T-90 main battle tank (MBT).

Care from the Air