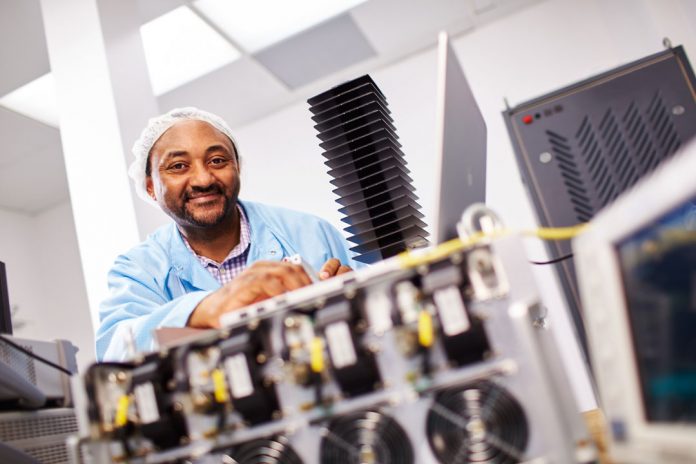 Terma is using Canandian Nanowave Technologies’ as an R&D partner in the production of its Scanter 6002 radar system.

Terma is supplying this system to Lockheed Martin Canada as part of its contract with Irving Shipbuilding to provide the Combat Management System (CMS 330) for the Royal Canadian Navy’s new fleet of Arctic and Offshore Patrol Ships (AOPS) currently under construction at the Halifax Shipyard.

This partnership between Terma and Nanowave falls under Canada’s important Industrial and Regional Benefits (IRB) program. The IRB program ensures that 100 percent of the value of a significant defence contract is spent in Canada. Lockheed Martin Canada’s work with Denmark-based Terma is partially offset by Terma’s work with Nanowave.

Over the past 25 years, Nanowave has been supplying radar, satellite communications, and radio-astronomy equipment used on a variety of major aerospace and defence platforms. The company has long term research partnerships with top universities including Georgia Tech and the University of Oklahoma.

Nanowave’s president & CEO, Justin Miller stated, “As a small Canadian company that competes against much larger international competitors, we have managed our company on the basis of differentiation through constantly investing in design and manufacturing excellence”.

The engineering and manufacturing techniques developed to meet the requirements of Terma’s transmitter will help Nanowave push the envelope of innovation even further. This contract, which combines approximately $1 million in external funding for R&D and is matched by Nanowave’s internal R&D funding.

Nanowave’s partnership with Terma and Lockheed Martin Canada is set to have a significant impact on the company’s global aspirations. “Entering into innovative partnerships and co-development projects with international defence companies, such as Terma and Lockheed Martin, is essential for local high-tech firms such as ours that rely almost exclusively on exports for success,” added Miller.