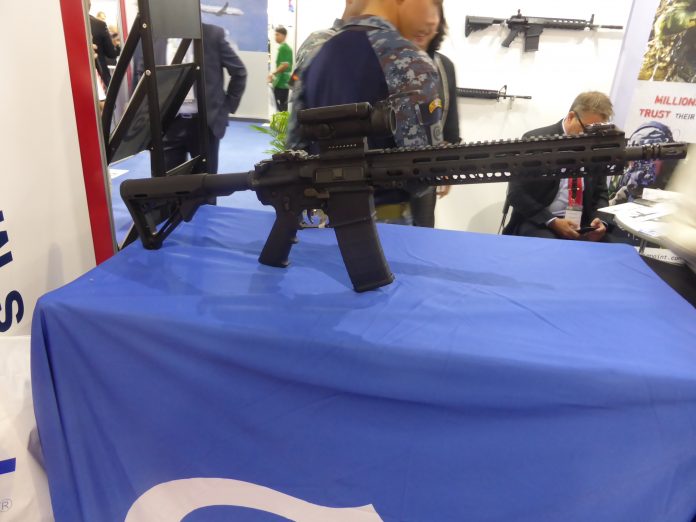 Colt also has a sustainment relationship with the Royal Thai Air Force where it is supplying M4 conversion kits for the Air Force’s old M16s. It has also supplied weapons to the Royal Thai Navy and the Royal Thai Police. The Malyasian armed forces are also a traditional Colt customer in the region.

“There is a backlog of demand in Thailand which we are now servicing,” said Lt Col. (Ret) Matthew Fehmel, director of international sales at Colt.

“We are now introducing the M5 enhanced carbine into the region,” added Fehmel. “The carbine derives from an original specification developed for the Australian Defence Force (ADF) Special Operations Command (SOCOM).”

Features of the M5 include a redesigned lower receiver, ambidextrous controls, low profile gas block in a carbine length gas system and a free float modular rail system. The free float rail is designed to take any handling pressure away from the barrel.

According to Fehmel, Colt has an exclusive Foreign Military Sale (FMS) contract with the US government which could be applicable for sales to countries such as Indonesia.