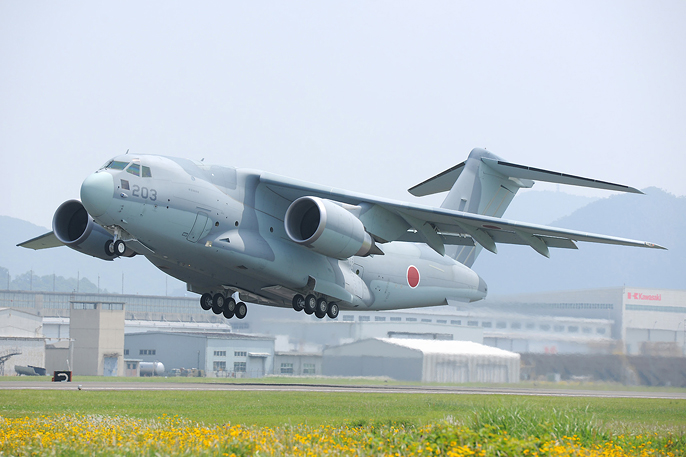 The MoD said in a statement that it is deploying the C-2 on an international tour to display the aircraft to customers in the Middle East and New Zealand for the first time.

According to the MoD, the Japanese Air Self-Defense Force (JASDF) will fly the C-2 to the United Arab Emirates to participate in the Dubai Airshow in mid-November, following which it will showcase the aircraft to the Royal New Zealand Air Force.

The KHI C-2 entered JASDF service in March 2016, after 15 years of development under the Next Generation Transport Aircraft (XC-2) programme. The JASDF currently operates four C-2s but it is expected to acquire around 60 aircraft to replace its ageing C-1 and Lockheed Martin C-130H transports.

According to the MoD, the 44 metre long C-2 is capable of transporting up to 36 tonnes of cargo up to a range of 4,500km, although this can be extended with correspondingly lower loads.