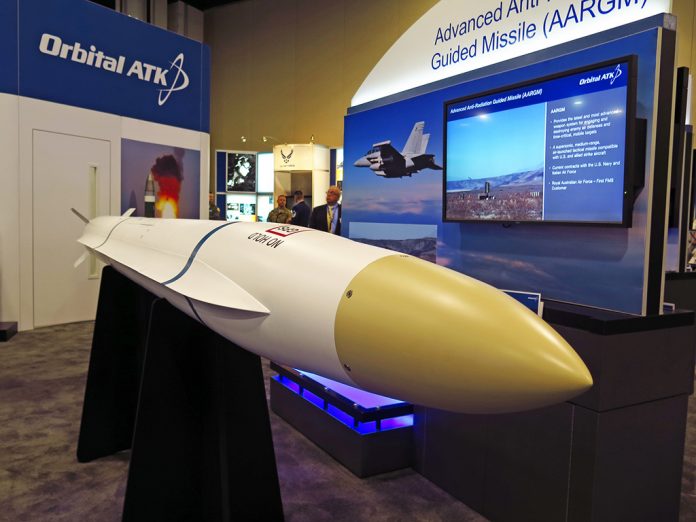 Orbital ATK, a global leader in aerospace and defense technologies, was awarded a developmental contract by the U.S. Navy for the Advanced Anti-Radiation Guided Missile-Extended Range (AARGM-ER) upgrade. The contract will mature the AARGM-ER configuration resulting in a preliminary design prior to entry into the Engineering and Manufacturing Development phase.

“This contract is a major step in Orbital ATK’s ongoing commitment to advancing AARGM’s counter-air defense capability for the U.S. Navy,” said Cary Ralston, Vice President and General Manager of Orbital ATK’s Defense Electronic Systems division of the Defense Systems Group. “We are committed to increasing the effectiveness of the warfighter to suppress and destroy enemy air defense threats while remaining safe.”

The AGM-88E AARGM is currently deployed and supporting operational requirements for the U.S. Navy and U.S. Marine Corps. The missile is employed on the F/A-18C/D Hornet, F/A-18E/F Super Hornet and EA-18G Growler aircraft.

Work for the AARGM-ER contract will be performed at Orbital ATK’s facilities in Northridge and Ridgecrest, California.