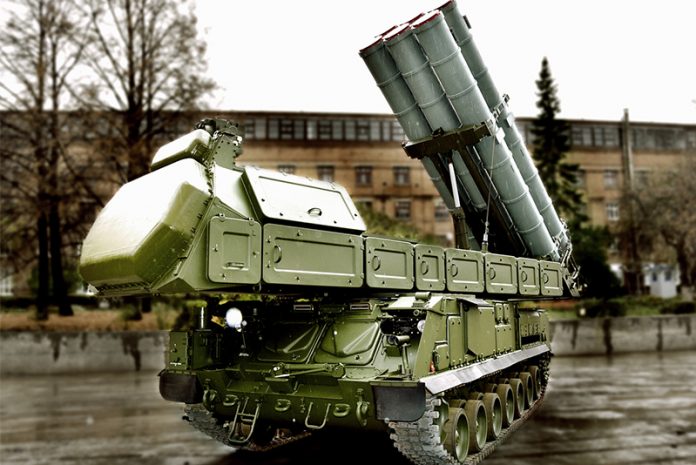 JSC Rosoboronexport (part of the Rostec State Corporation) is starting the promotion to the foreign markets of the newest air defence missile system (ADMS) ‘Viking’ (a ‘Buk-M3’ type ADMS).

“That’s good news for us and our foreign partners. The ‘Viking’ complex preserves the best characteristics of the famous line of the ‘Buk’ air defence missile systems and represents the milestone in the development of the medium-range ADMS. The producers allotted unique characteristics to it, which are in line with the current requirements in the area of force and infrastructure protection from the strikes of present-day and future air assault weapons in conditions of radio-electronic countermeasures and firing. The ‘Viking’ has no countertypes today in the world armaments market,” said Rosoboronexport’s Deputy Director General Sergey Ladygin.

The multimissile highly mobile medium-range air defence missile system ‘Viking’ is the next step in the development of the famous ‘Kub’ – ‘Buk’ ADMS line. In comparison with the ‘Buk-M2E’ ADMS, its range of fire has increased nearly by 1.5 times – up to 65 kilometers. Besides, the number of simultaneously fired targets has also increased by 1.5 times, which is 6 by each self-propelled launching installation, and the number of ready-for-launch air defence guided missiles in one firing position made of two combat units has grown up from 8 to 18. 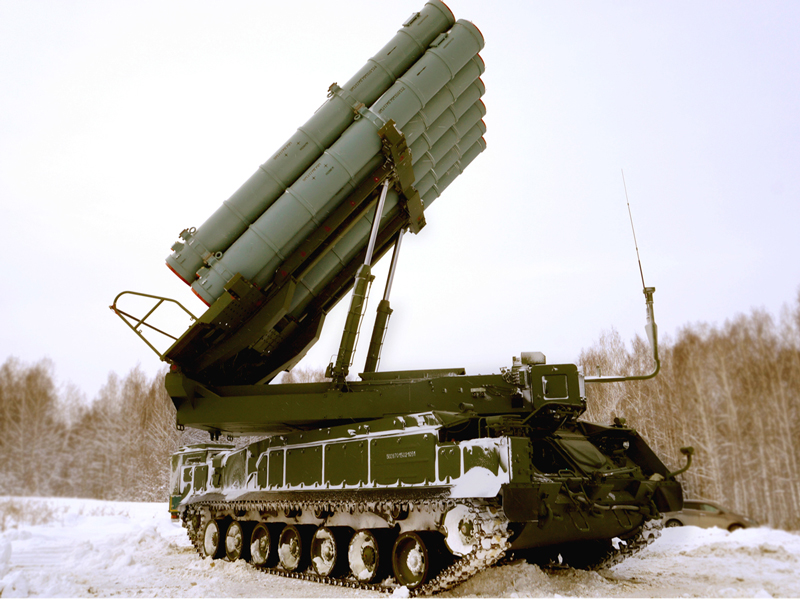 ADMS ‘Viking’ has received a number of unique features, which were not previously available in any air defence missile system. For instance, it has a capability of integrating launchers from the ‘Antei-2500’ ADMS, which provides for the capability of target engagement at a distance up to 130 kilometers and will boost the efficiency of the whole AD grouping in the fight against enemy’s pilot-controlled aviation.

The ‘Viking’ was developed and designed with the account of the world market trends. Its technical characteristics allow the system to be adapted to the greatest possible extent for the priorities of Rosoboronexport’s foreign customers. The combat control station of the ‘Viking’ has a possibility of integration with the organic radar system as well as with other radars, including the ones produced outside Russia, but possessing required characteristics. Besides, the ADMS envisages a capability of the autonomous use of the firing sections and even separate self-propelled firing installations, which enlarges the total defended area and increases the number of covered sites. In addition, it helps to minimize the expenses for the air defence configuration set up.

“Commissioned by the Russian Armed Forced ‘Buk-M3’ system and its export version ‘Viking’ have proved a very high level of combat efficiency during their daily operation and exercises. The ‘Viking’ has a very high kill probability in relation to enemy’s aviation, attacking elements of precision-guided munitions, as well as tactical ballistic missiles, maritime and ground targets,” added Sergey Ladygin.