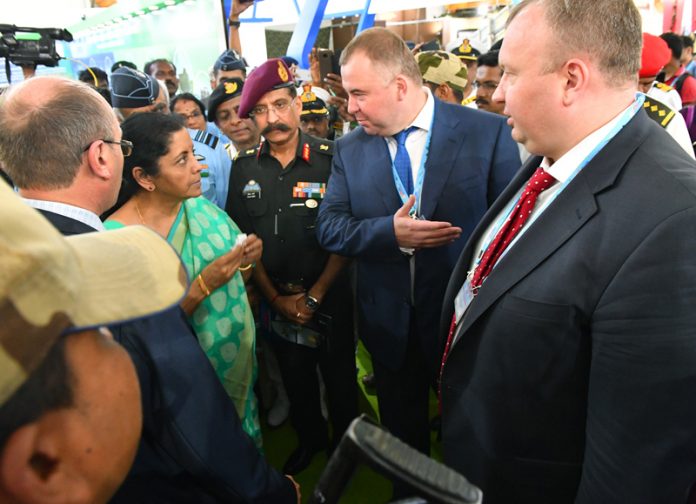 DefExpo-2018, which took place in Chennai, has become an effective platform for Ukraine to expand military-technical cooperation with India. The State Concern “Ukroboronprom”, together with SFTE “SpetsTechnoExport”, presented Ukraine’s interests and focused on the conversion of the potential of the Ukrainian-Indian MTC to real bilateral projects.

“These agreements concern, in particular, on transfer of defense technologies under the program “Make in India”, as well as joint participation in the modernization of armored vehicles and air defense systems in India,” – the First Deputy Secretary of the National Security and Defense Council Oleg Gladkovsky, head of the Ukrainian delegation said.

A number of negotiations with high representatives of the Ministry of Defense of India, Chief of Armed Forces, Commander of the Army, Chief of Naval Staff, Deputy Commander of the Air Force and Defense Secretary of the Republic of India were held during the exhibition. “During negotiations we discussed the continuation of supplies and the joint development of gas turbine engines, servicing Ukrainian specialists of the aircraft carrier” Vikramadiya “, the projects of complex modernization of T-72, BMP-2 tanks and air defense systems, the production of engines for Indian tanks , as well as other promising projects under the program “Make in India”, – added Pavlo Bukin, General Director of the State Concern “Ukroboronprom”. 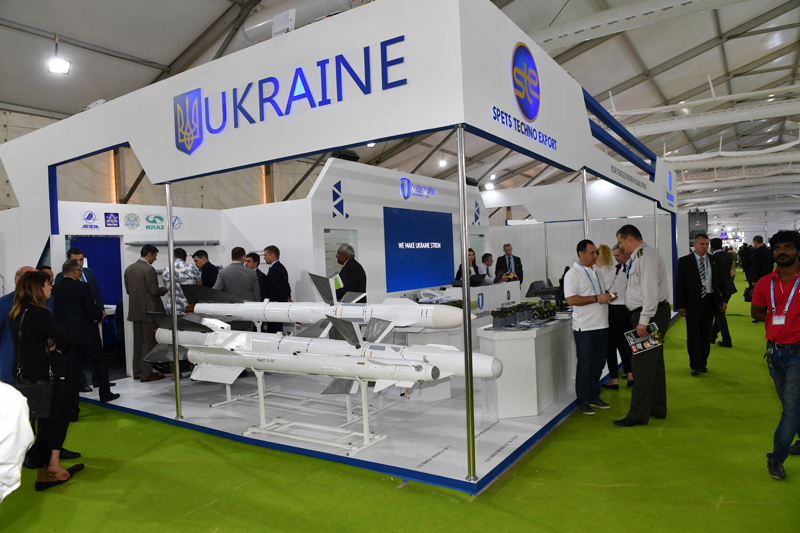 Ukrainian delegation held a productive meeting with Dr. Selvin Christopher, Chairman of the Organization for Defense Research and Development (DRDO), there were agreed to start cooperation in the field of the creation of precision missiles and cruise missiles. Previously, SpetsTechnoExport started working with this organization on projects for the creation of high-tech munitions, hydroacoustic systems and underwater vehicles. A part of contracts signed with DRDO has already been successfully implemented by SpetsTechnoExport.

In general, within the exhibition, SpetsTechnoExport concluded new contracts with India worth a total $18 million, won new tenders and signed 10 memorandums of cooperation and further intentions to enter into contracts.

In particular, SpetsTechnoExport signed an agreement of cooperation with the Indian state company Bharat Electronics Limited. Pavlo Barbul, Director of SFTE SpetsTechnoExport said, that the agreement defines cooperation between the parties in the framework of modernization and production localization of components for armored vehicles. The Indian company is planning to engage Ukrainian specialists in creating a new tank for the needs of the Ministry of Defense of India, modernization of radar and air defense system complexes, manufactured by the USSR; joint R&D projects, in particular in hydroacoustic and radar areas.

India is an important strategic partner for Ukraine. Over the past 10 years, more than 700 contracts worth $ 2,2 billion have been implemented. Over the past two years, the amount of new signed contracts amounted to about $ 150 million. An absolute majority of contracts relate to the supply of spare parts, repair and modernization of armaments and equipment of Indian Air Force, Navy, Land Force.