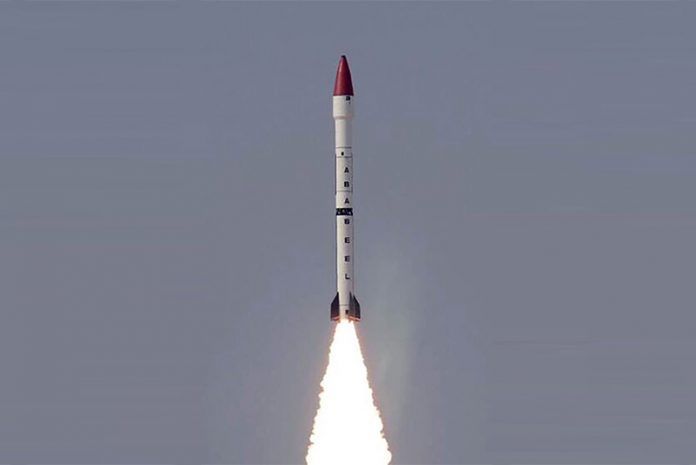 In March 2018 the Chinese Academy of Sciences (CAS) reportedly announced that Pakistan had bought an advanced missile tracking system from China.

Reports stated that the sale comprised four optical tracking units that can carry out automatic tracking, target monitoring and image recording. The system has been developed by CAS’ Institute of Optics and Electronics by Chinese technicians and engineers and is the first of its type to be exported to Pakistan.

The need of such a system is linked to Pakistan’s development of its Ababeel surface-to-surface medium-range ballistic missile, which is said to have multiple independently targetable re-entry vehicle (MIRV) capability and a range of 2200km delivering either conventional or nuclear missiles. Pakistani personnel have already received guidance and training on the system.

Each telescope can track a ballistic missile over a few hundred kilometres. These telescopes are positioned in different locations and timing is synchronised with atomic clocks that can reveal details of the accuracy of the ballistic missiles – crucial to improving missile accuracy and engine performance.

The first test launch of the Ababeel missile occurred on 24 January, 2017, according to a statement by the Pakistan Army’s public relations team.