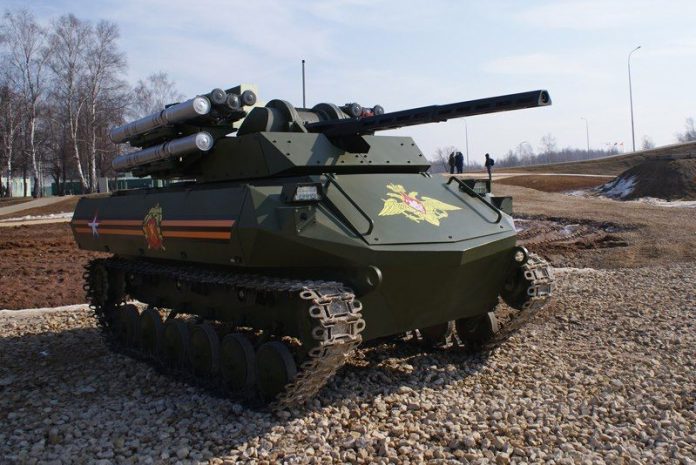 Rosoboronexport, Rostec’s member, discussed research and production capacity of the Russian industrial facilities in development and production of projectiles for tanks, field and naval artillery, as well as their promotion to the world market.

The issue came up during a meeting of the section Army Equipment of Rosoboronexport’s Research Council, hosted by the Bakhirev Research Institute of Machine-Building, headquartered in Moscow.

An analysis of modern conflicts suggests that Artillery will play a bigger part in the foreseeable future and the trend will remain positive ever since. Most countries still consider the branch as the major fire asset, not affected by weather, light conditions and environment.

If anti-terrorist operations waged in the Middle East are any pointer, then one has to take into account that artillery has to shoulder 50-60 percent of fire missions in ground operations. Literally all operations begin and end with the enemy being engaged with artillery fire.

However, Russian specialists insist that changing nature and substance of modern military and special operations require specific amendments to the development and production of projectiles.

For Russia to maintain the lead on the world market, as well as keep and further proliferate export of projectiles, the council named several tracks for development of artillery and tank ammunition. If pursued, these will boost the competitive advantage of Russian-made munitions on the world market.

One particular approach voiced at the meeting to achieve better performance of tube artillery and mortars in combat is deployment of the most advanced equipment. To this end, designers and manufacturers of projectiles have been recommended that they develop and launch into production new artillery and tank ammunition. In this respect, efforts should be focused on boosting range, density of hits and accuracy, let alone target impact.

The most promising are initiatives to design precision ammunition and enhanced projectiles boasting among other thing improved range. Research and production capacity of the Russian industry has everything there is to do it.