Three years ago government officials had not recognized the threats that commercial drones could pose.

Drones can easily be purchased on the high street or on the internet and are relatively cheap and easy to operate. A detailed report from Goldman Sachs stated that the retail market in 2017 would reach $2.5 billion. The U.S. has the largest drone market, at $17.5 billion, followed by China ($4.5 billion) and the U.K. ($3.5 billion and with one million drones entering the airspace worldwide each month, and the prospect of securing drones will soon become a daunting task.

Drone technology has advanced significantly opening up a whole new world of possibilities; however, in the wrong hands it can easily become an unexpected and lethal weapon. A simple drone can now be purchased, at a relatively low cost, on-line or in a store easily accessible to everyone and poses a potential threat to Governments, facilities, individuals and Homeland Security. 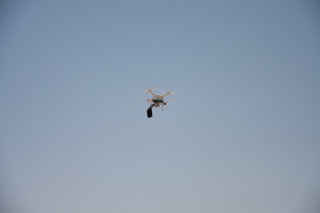 On the 28th June, the Avnon Group held a live demonstration of their advanced anti-UAV system. The demo was held in the arid desert of Mitzpe Ramon, and was attended by government and high ranking officials from both Israel and abroad.

The demo was a great success and attendees were able to see the systems capabilities of intercepting multiple drones simultaneously.

The SKYLOCK anti-drone system has the ability to deal with threats ranging from airports, critical infrastructures incursions, carrying lethal payloads or smuggling contraband into prisons. 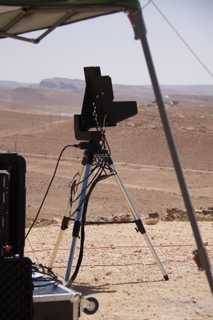 With a 360° rotating radar system SKYLOCK has the ability to detect up to 200 drones simultaneously. The advanced electro-optical system provides observation, detection, recognition and identification of a drone up to 2.5km. SKYLOCK1 is currently been used by several countries to protect airbases, border areas and Presidential Guard against drone threats.

Recently launched at Eurosatory was the SKYLOCK2 the next generation of anti-drone systems, a 3-in-1 system providing early detection, long range protection of up to 20 km and neutralization of unauthorized drones. The integrated system provides passive, selective and active solutions built into singular portable platform.

Tomer Avnon, President & CEO, of the Avnon Group commented: “We were happy to demonstrate this unique solution and are very excited about the great feedback and inquiries we have received. With drone threats becoming a major issue worldwide, we are already underway developing a system that will provide a solution to swarm attacks from pre-programmed drones. We believe that in the next year we will have another reason to celebrate.