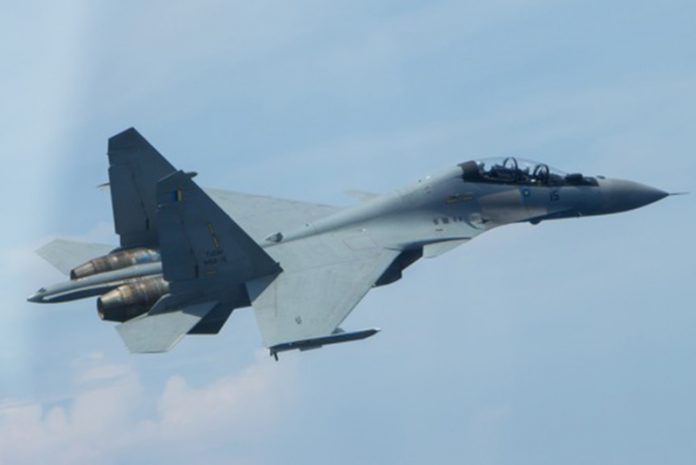 The Royal Malaysian Air Force is suffering major availability issues with two of its three main frontline types. These problems afflict the ten Russian-supplied Mikoyan MiG-29Ns and NUBs of 17 Squadron and the 18 Su-30MKMs of 11 Squadron.

Malaysian Defence Minister Mohamad Sabu revealed on 31 July that only four of the 28 Russian aircraft in the air force were in working condition, with the MiGs grounded and the remaining 14 Sukhois currently undergoing or awaiting repair and maintenance.

The Malaysian air force has said that the low availability rate of the Sukhois and MiGs was partly due to a prolonged and sustained shortfall in funding. This was acknowledged by the Malaysian National Audit Department in its 2017 report.

Malaysian Defence Minister Mohamad Sabu said that this had forced the RMAF to carry out “conservative maintenance repairs on the jets based on the received operating budget,” and this had led directly to the poor availability rate.

The cost of a proposed ten-year overhaul for the Su-30MKMs by the original equipment manufacturer was unaffordable, and would have required them to be sent to Russia for the work to be undertaken, with a further cost and time penalty. The air force looked for alternative solutions, eventually deciding to carry out the required work in Malaysia, using RMAF and local industry resources and expertise. A study was conducted using one of the Sukhois, but this took time, and by the time plans were finalised, 12 aircraft had reached ten years in service, and had to be grounded.

The Malaysian Su-30MKMs form the backbone of the RMAF’s frontline strength, and are among the most capable examples of the type. They incorporate Missile Approach Warning Systems (MAWS) and laser warning sensors (LWS) supplied by Saab Avitronics of South Africa, a Thales HUD and NAVFLIR (Navigation Forward Looking Infra-red) and can carry a Thales Damocles Laser Designation Pod (Thales). The aircraft have been adapted to drop US-supplied 500lb GBU-12 laser-guided bombs.

Malaysia will reduce the types of military aircraft it operates as part of the ‘Capability 55’ long-term transformation programme. The Su-30s, MiG-29s and F/A-18Ds will be replaced by two squadrons equipped with whatever type is selected to meet the RMAF’s multirole combat aircraft (MRCA) requirement, while the Hawks and MB339s will be replaced by three squadrons of whatever aircraft is acquired to meet the light combat aircraft/fighter lead-in trainer (LCA/FLIT) requirement.