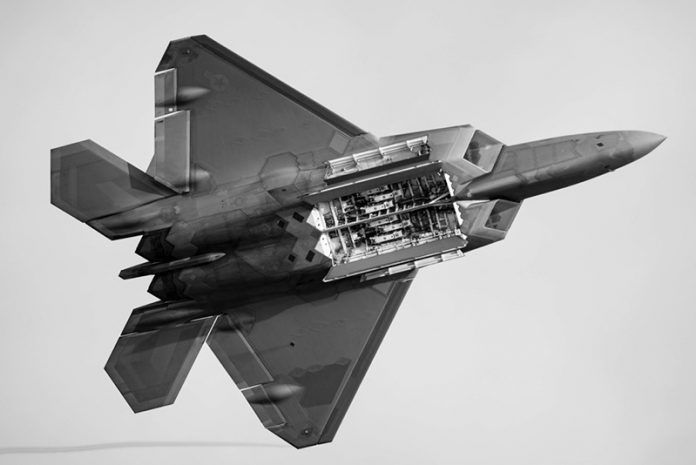 Lockheed martin has proposed selling Japan an upgraded, new production version of the F-22 to meet Japan’s next-generation fighter requirement. This would see an advanced long range fighter and anti-shipping strike fighter replacing the Mitsubishi F-2 from about 2030.

It was initially reported that Lockheed had proposed building a hybrid F-22 Raptor/F-35 Joint Strike Fighter for Japan, but it now seems that the aircraft would be a virtually unchanged F-22 airframe, with almost the same outer mould line but taking advantage of new advances in manufacturing technology and materials.

Japanese industry would be responsible for over 50 percent of the development and production of the next-generation ‘F-22J’ in what Lockheed has called a ‘Japan-led framework’.

The aircraft possibly known as the F-22J or perhaps as the F-3, would incorporate some technology from the F-35, with an advanced open architecture avionics system, new processors and advanced sensor fusion and networking capabilities. The new aircraft would likely use the same LO coatings as the F-35, which are reportedly less maintenance intensive than those used on the original F-22.

The aircraft’s fuselage and core systems would be produced in the USA, using some Japanese supplied components and sub-assemblies. Mitsubishi Heavy Industries would be responsible for the development and production of the redesigned wings, which will contain more fuel, increasing the range from about 1,400km to about 2,200km. The aircraft may also incorporate new Japanese IHI XF9-1 engines which would increase Japanese workshare to more than 60 percent.

It was reported that the USA could send some early, non combat-coded USAF F-22s to Japan for operational evaluation, development and training in advance of the new variant. 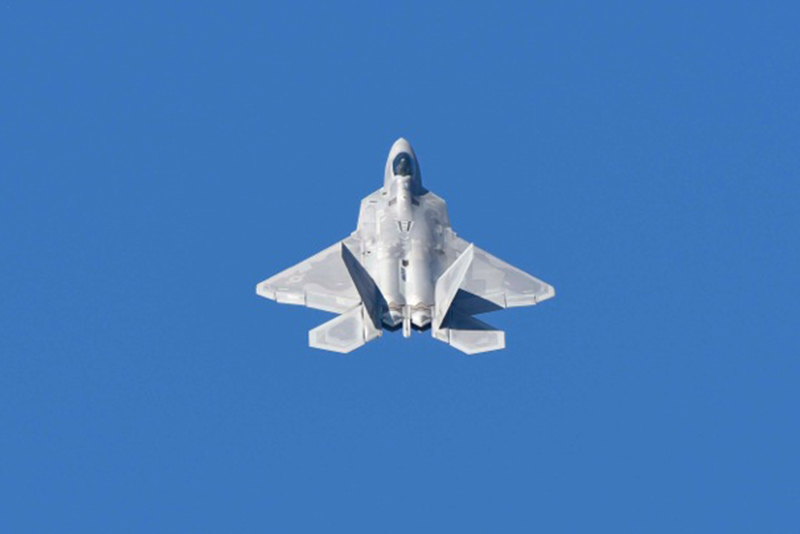 The F-22 is widely acknowledged to be the most capable air dominance fighter in service today – the most stealthy and probably the most agile, and there have been a number of proposals to put the aircraft back into service since production was cut short in 2011 after only 187 production aircraft had been built.

But the official study into an F-22 production re-start for the USAF found that the process would have taken too long, with new F-22 deliveries starting in the mid-to-late 2020s, when the F-22′ s capabilities would “begin to be challenged by the advancing threats.” The proposed programme was also felt likely to compete for resources against the Air Force’s favoured Air Superiority 2030 (AS 2030) Enterprise Capability Collaboration Team (ECCT) Flight Plan, including the Penetrating Counter Air (PCA) programme. It was felt that any export sales might compete with the F-35 programme.

A calculation revealed that producing 194 new F-22 aircraft would cost between $40-42 billion plus estimated non-recurring restart costs of nearly $10 billion, taking total cost to more than $50 Billion – or $257 million per aircraft. Many felt that the cost figures had been ‘cooked’, since an earlier study by Rand had calculated a unit price of only $225m for 75 aircraft, and since virtually all of the necessary production tooling, jigs, and instruction videos have been safely stored at the Sierra Army Depot in Northern California.

The Nikkei Asian Review reported that Lockheed had estimated the price of the new-generation ‘F-22J’ at about $215m (24 billion yen) if 70 aircraft are built, or ($189m (21 billion yen) if 140 were procured. Whether or not this lower price might lead to a buy of the new version for the USAF remains a fascinating question.