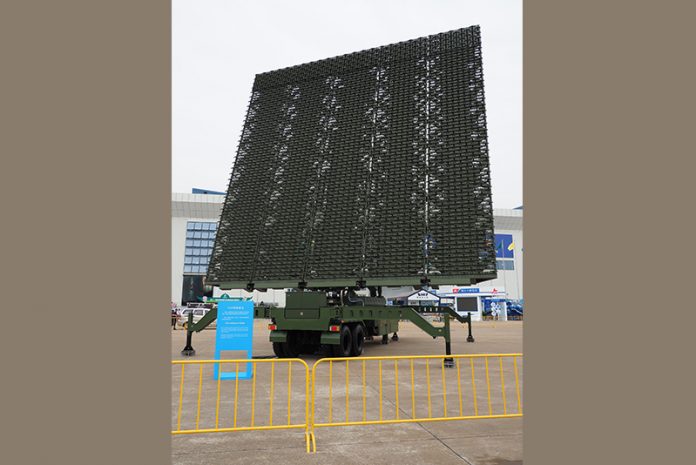 China Electronics Technology Group Corporation (CETC) has developed a new range of export-oriented long-range air surveillance radars and is actively marketing these systems to the many countries located in Beijing’s Belt and Road Initiative (BRI).

One of its latest developments, the ‘609 Intelligence Radar’ was unveiled by the People’s Liberation Army (PLA) at the recent Airshow China 2018 exhibition in Zhuhai, although the company has stated that it is also offering an export-variant of the radar. While the performance specifications remain classified, it is said to be capable of providing early warning of stealth aircraft, ballistic missiles, and near-space threats.

The 609 radar is believed to be a core asset within China’s extensive air defence network, and can be easily integrated to existing air and sea combat systems to boost their interception potential.

This system is designed to supplement fixed radar networks with additional sensing capacity against a range of air threats such as stealthy aircraft and ballistic missiles. It can also be used as a gap-filler radar as it can be rapidly moved to distant or austere locations.

Besides ground-based detection systems, CETC is offering an active phased array airborne early warning (AEW) radar called the Silk RoadEye, which will be used on a modified version of the DZK-03 airborne warning and control system (AWAC) that Pakistan acquired from China for its air force in the 2000s.

The Silk Road Eye is widely reported to be aimed meeting the future needs of the Pakistan Air Force, although it has yet to announce a requirement for further airborne radars.