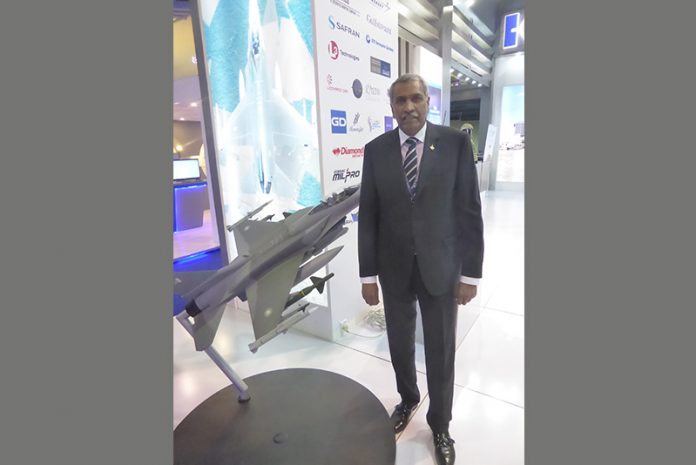 The Kestral Group, exhibiting in Hall 4 at IDEAS 2018, has one of the largest stands due to the fact that it is representing over 20 international defence manufacturers including Lockheed Martin (Sikorsky), General Dynamics, Safran, L3, Pratt & Whitney, Dillon Aero, Gulfstream and many others. The company specialises in providing procurement, engineering, consultancy and after-sales support services and logistics.

During the exhibition Kestrel will be promoting Lockheed Martin’s F-16, C-130 Hercules and P-3 Orion, as well as radars, weapons systems and logistical support.

Chief executive Liaquat Ali Baig told IDEAS Show Daily that Kestrel had been coming to the IDEAS exhibition since 2000. “It has been the ideal location to meet senior officers from all three of Pakistan’s armed forces, as well as senior representatives from the Ministry of Defence, national ambassadors as well as the international delegations that visit the show.” He continued, “I encourage the international defence community to come and participate in IDEAS which may change many of their pre-conceived impressions of coming to exhibit and do business here inPakistan.”

“Every service wants to latest and best equipment,” saidMr. Ali Baig adding that “through our international partnerships we are working hard to be up-to-the-mark in what is currently available to our customers in Pakistan as well as internationally.”

Since its establishment in 1987, the Kestral Group has been actively increasing its international business presence worldwide and now has offices in Jordan, Morocco, Oman, Romania, Malaysia, the Philippines andRomania in Europe. It also has representative offices in Washington DC, Canada, and Dubai.

Liaquat Ali Baig said that Kestrel also works in coordination with other national agencies in commonly funded programmes which has seen the company operate in Mexico, Peru and Columbia.

He concluded: “We are exploring the opportunities to offer maintenance, repair and overhaul (MRO) for executive/VIP jets as well as establishing a similar MRO service for military and civil rotorcraft.”