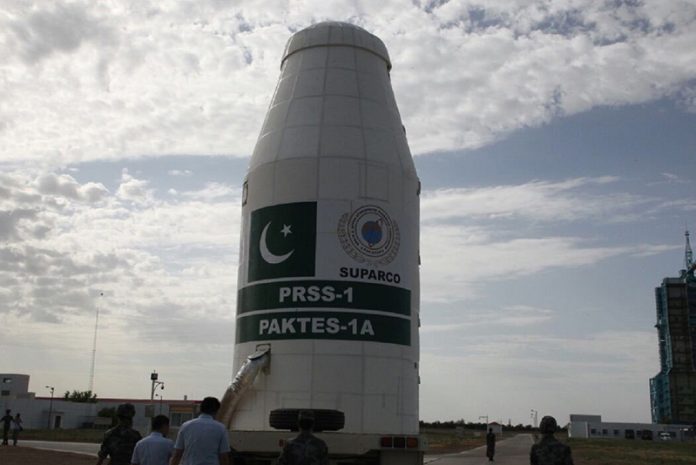 The Pakistan newest satellite, the Remote Sensing Satellite-1 (PRSS-1) has become operational in August. The Chinese-made PRSS-1 is the first optical remote sensing satellite delivered to Pakistan, and the 17th satellite developed by the China Academy of Space Technology (CAST).

The 1,200kg PRSS-1 satellite is now operating at an altitude of approximately 640km. It is designed to enable Pakistan to meet its sovereign imagery requirements in land mapping, agriculture classification and assessment, urban and rural planning, environmental monitoring, natural disaster and water resource management. The satellite was inserted into orbit by a China Academy of Launch Vehicle Technology (CALT) Long March 2C/SMA rocket from China’s Jiuquan Satellite Centre in July.

The indigenously designed and developed Pakistan Technology Evaluation Satellite-1A (PakTES-1A), which was built by the Pakistan Space and Upper Atmosphere Research Commission (SUPARCO), was also launched alongside the PRSS-1.

PakTES-1A is a 285kg satellite equipped with an optical payload, which will operate at an altitude of approximately 610km with a design life of three years. SUPARCO and the China Great Wall Industry Cooperation (CGWIC) signed an agreement for the development and launch of the PRSS-1 in 2016.

Pakistan and China have pursued joint military satellite communications developments for several years, with China developing and launching its second satellite. The PakSAT-1R (PakSAT-1 Replacement) was launched in August 2011, replacing the PakSAT-1 that had originally been launched as the Palapa C1 for Indonesia from Cape Canaveral in January 2001.