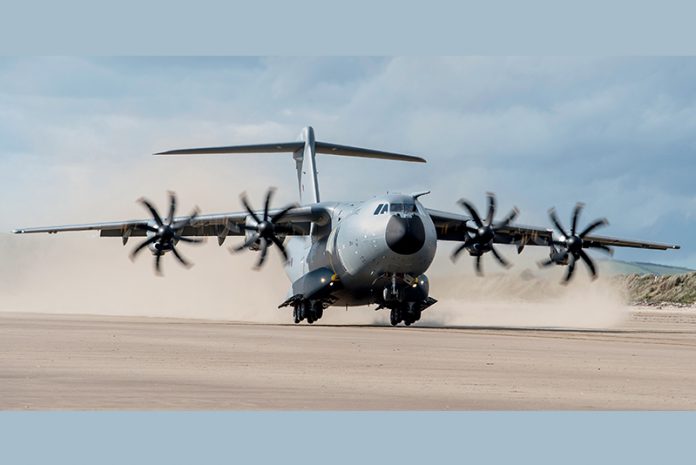 It has been reported that the proposal for an exchange was initially made by Spain during the Farnborough International Airshow in July 2018. In November 2018 both sides denied reports of talks.

Spain was one of the original partner nations in the A400M programme, together with France, Germany, Italy, the United Kingdom, Turkey, Belgium, and Luxembourg. Spain initially ordered 27 A400Ms but in 2015 announced that it could only guarantee to take delivery of 14 aircraft at a reduced pace up until 2022, and that it would then look at funding options to cover deliveries of the remaining 13 after 2025, or would look at selling the aircraft. The Spanish Ministry of Defence has now reportedly received approval from Airbus and OCCAR (the Organisation for Joint Armament Co-operation, which facilitates and manages collaborative a number of European weapons programmes) to sell the surplus aircraft.

The Republic of Korea Air Force (RoKAF) has a long-standing requirement for longer-range transport aircraft to augment its existing fleet of Airbus CN-235 and Lockheed Martin C-130s and the four A330 MRTT tanker/transports now being delivered. need of acquiring larger airlifters for missions.

In October RoKAF Chief of Staff General Lee Wang-keun revealed that the Air Force plans to procure four more large transport aircraft. “We have a plan to deploy larger transport aircraft to increase our capacity of rapid force deployment, emergency relief, peacekeeping and other operations over long distances,” he said during a parliamentary inspection visit.

Spain has an urgent requirement for new training aircraft. The air force’s current basic trainer is the Chilean ENAER T-35 Pillán, known as the E.26 Tamiz in Spanish service. 41 aircraft were delivered by 1987. Spain’s advanced trainer is even older. The Spanish Air Force took delivery of 88 CASA C-101EB-01 jet trainers (designated  E.25 Mirlo (Blackbird) by the air force) from March 1980.