Home Capabilities Air Power Two new Boeing CH-47F (I) Chinooks for the IAF Arrive at the... 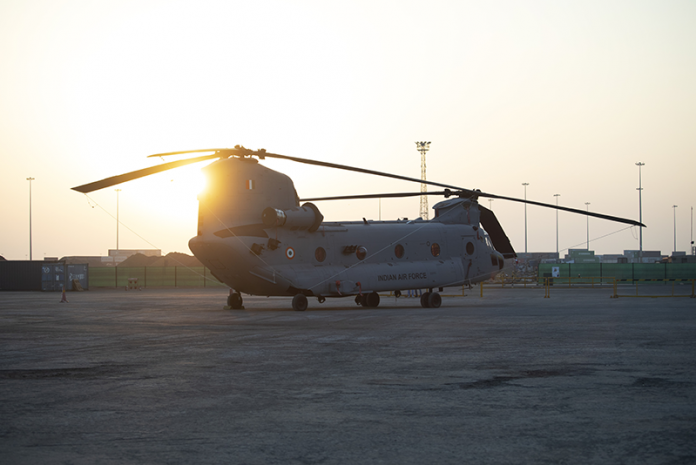 Boeing announced the arrival of two more CH-47F (I) Chinooks for the Indian Air Force at the Mundra port in Gujarat.

Earlier this year in February, Boeing delivered the first four of the 15 Chinooks on order, which were inducted by the Indian Air Force in March.

The arrival of the two Chinooks is in-line with the planned delivery schedule, as well as Boeing’s commitment to ensuring the modernization and mission readiness of the Indian Air Force.

The CH-47 Chinook is an advanced multi-mission helicopter that will provide the Indian armed forces with unmatched strategic airlift capability across the full spectrum of combat and humanitarian missions. The Indian Air Force currently has 15 Chinook helicopters on order. The other CH-47F(I) Chinooks will continue to be delivered as per schedule.