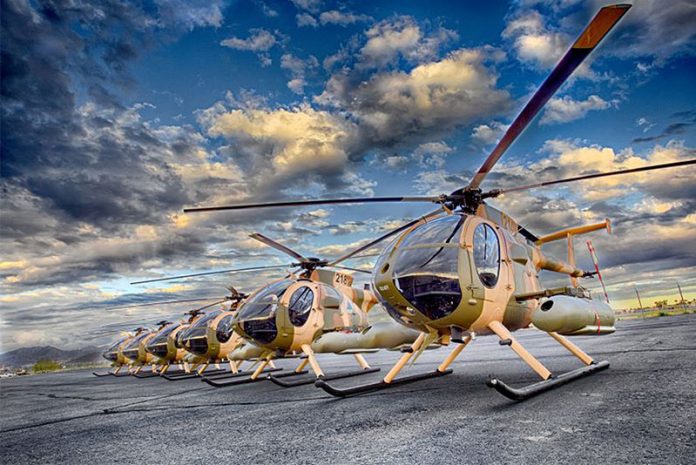 The current CLS contract extension provides for continuous CONUS and OCONUS maintenance, on-the-job training, and support services, including spares support, for all MD 530F Cayuse Warrior helicopters operated by the Afghan Air Force. Effective September 1, 2019, the Period of Performance for the new contract, with all options exercised, runs through May 31, 2020.

The AAF began operating the MD 530F as a primary rotary wing training aircraft in 2011. In 2014, in response to an urgent and compelling need within the region, MDHI was contracted to arm and weaponize the proven single engine training aircraft, delivering expanded capabilities for armed escort, scout attack and close air attack operations. Nine months later, MDHI delivered the first of a robust fleet of 60 MD 530F Cayuse Warrior light scout attack helicopters.