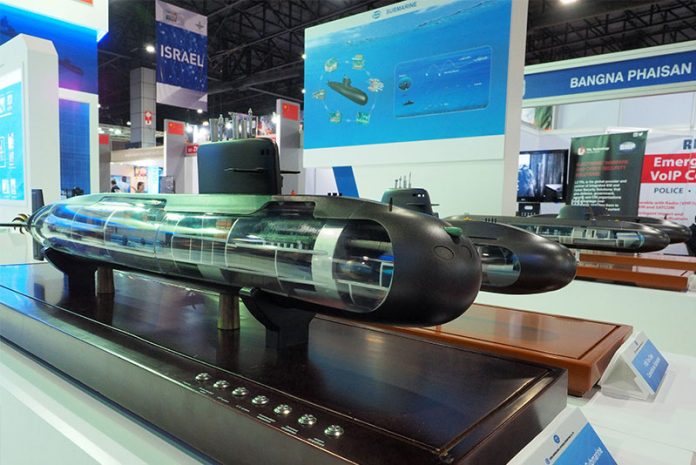 The Royal Thai Navy (RTN)’s long-held ambition of possessing a modern submarine capability moved forward again when the keel of the service’s first S26T (Thailand) diesel-electric submarine (SSK) – being built by China Shipbuilding and Offshore International Company (CSOC) – was laid down on 5 September this year.

The S26T is being constructed by CSOC’s Wuchang Shipbuilding subsidiary in Wuhan, Hubei province, which also cut the lead boat’s first steel a year ago in September 2018, under a $430 million (13.5 billion baht) government-to-government contract signed between the RTN and CSOC in 2017. The first boat is expected to be delivered by 2023.

According to CSOC, the S26T SSK is an advanced export variant of the Type 039B/041 Yuan-class platform that is currently in service with the People’s Liberation Army Navy (PLAN). 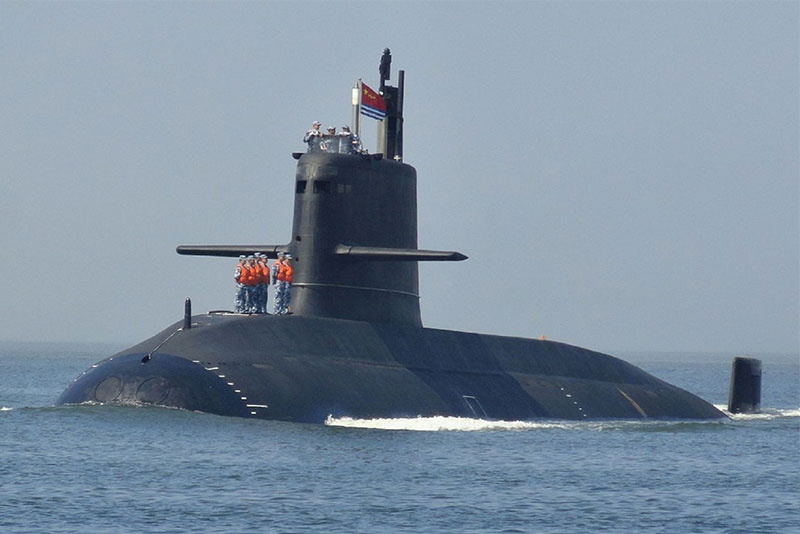 “Drawing upon over half a century of submarine design and construction beginning with the Romeo, Ming, Song, and the Yuan-class, we are capable of developing world-class submarines and a full range of associated equipment, sensors, and weapons,” a spokesperson of CSOC told D&S Show Daily.

According to company specifications, the S26T SSK displaces 2,550-tonnes at full load and measures 77.7 metres in length, 8.6m in beam, and has an above-water height of 9m. The boat will be operated by a standard crew complement of 38 personnel, although it also features a large accommodation space with 46 bunks as well as a separate commanding officer’s quarters, which enable all crew members to have their own berthing space for increased comfort during extended missions.

CSOC also quotes a maximum underwater speed of 17 knots, dive depth of up to 300m, and an operating range of over 260 nautical miles on battery power, although this can be extended to 768nm when using air-independent propulsion (AIP). The boat is also claimed to offer a maximum endurance of 65 days at sea and can transit distances of up to 8,000nm when alternating between surface and underwater cruising.

In the advent of catastrophic flooding or systems failure leading to a sinking, the crew can be recovered using a range of rescue systems or techniques. For example, the crew can choose to perform free ascent via the escape chambers or torpedo tubes if the boat bottoms out in shallow water. In deeper waters, the crew can be rescued using deep submergence rescue vehicles (DSRVs) or submarine rescue chambers (SRC) via two docking chambers, with one of these located forward fore of the mast above Compartment I and the other towards the stern above Compartment IV. The submarine is also equipped with a pair of emergency beacons containing VHF radios, which float to the surface to transmit SOS signals.

The RTN is expected to order two more S26T SSKs in the next few years with the aim of operationalising all three boats by 2026. The entire programme would be worth $1.19 billion (36 billion baht) if the follow-on order materialises.

Meanwhile, the service has also embarked on a programme to develop a midget submarine. Provisionally known as the Chawalan-class, the RTN has been allocated $6 million (200 million baht) to develop and build a prototype submarine over the next seven years.

According to interim designs, the Chawalan-class midget submarine will displace up to 300 tonnes. It will be capable of reaching a maximum speed of around 10kts and operate on the surface to a distance of up to 300nm. It will likely be operated by a 10-person crew and offer accommodation for up to 10 additional personnel or passengers. The RTN envisions that the type will support inshore surveillance and special forces operations.

According to local reports, the design and development of the midget submarine will require up to four years, with a further two years to build the prototype and an additional year to undertake trials and evaluations. Initial R&D work commenced in late 2017.

Domestic production of the midget submarine is expected to commence in the mid-2020s should the R&D phase prove successful. No funding has yet been set for submarine construction, although it is expected that each boat will cost at least $33 million (1 billion baht).

Details on the Chalawan-class’ weapons fit have yet to be disclosed by the RTN, although midget boats of comparable size are typically armed with up to two heavyweight or four lightweight torpedoes.