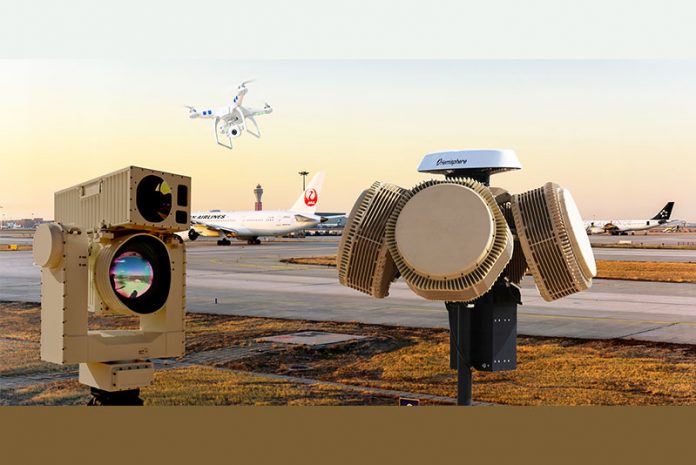 In recent years, there has been a significant increase in the use of Low, Small and Slow (LSS) Unmanned Aerial Vehicles (UAVs).

They have been used both in military combat scenarios by insurgents who have deployed them either for purpose of surveillance or to carry out attacks, and in a variety of civilian settings, such as the drone that landed on the White House lawns, one that was flown in very close proximity to Chancellor Angela Merkel, and one that overflew the Blue House in South Korea. There have also been collisions with passenger jets. This poses major problems, and most concerning is the lack of control and regulation on this issue.

Their low price, high availability and popularity make them a very easy weapon in the hands of terrorists and criminals, and the damage and ramifications can be immense if sites such as airports, critical infrastructure, VVIPs or other sensitive places/people are targeted.

Rafael’s Drone Dome is an end-to-end system designed to provide effective airspace defence against hostile drones. It integrates detection, control and jamming sub-systems, providing a mobile, quick response and 360 degree counter-UAV (C-UAV) defence s. Drone Dome is a tailor-made solution based on a modular and robust infrastructure (electronic jammers) and sensors, allowing effective detection, identification and neutralisation of multiple micro and mini UAV threats, while, using its unique algorithms and Differential Times Of Arrival (DTOA) technology, also identifies the location of the drone and of its operator. With its advanced camera, and its accurate, minimal false alarm radars, the system’s goal is to effectively enforce UAV no-fly zones, while inflicting minimal collateral damage to the surrounding environment.

It is designed to address the threat posed by hostile drones both in military scenarios of all kinds, to protect forces and military facilities, but also to provide protection for civilian targets, such as sports stadiums, airports, public facilities.

Drone Dome is an operational, off-the-shelf system, ready to be used and is a member of Rafael’s family of active air defence technologies, which includes the operational and combat-proven Iron Dome, David’s Sling, and the SPYDER systems. All together they make up a suite of multi-layered solutions against a variety of aerial threats.

Dozens of Drone Dome systems have been sold to a number of customers around the world. They have been tested and used in operational scenarios, proving its ability to detect, classify, track, jam and neutralise many types of relevant threats.