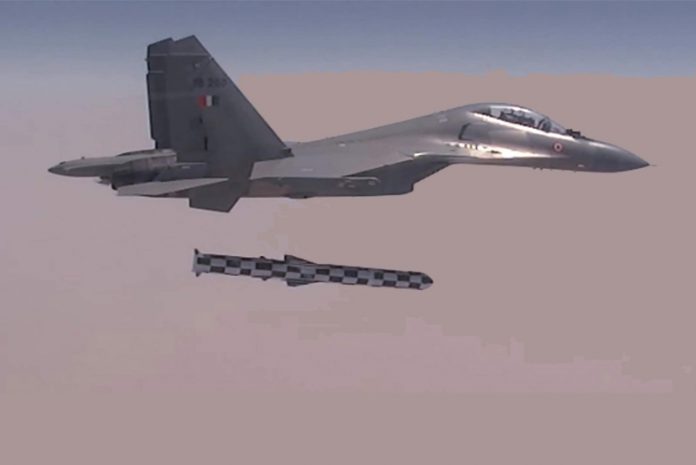 On the 17th of December 2019 two launches of BrahMos supersonic cruise missiles were carried out from Land and Air platforms.

The first launch took place from a Land based mobile launcher where maximum components were of Indian origin, primarily the missile airframe, fuel management system and DRDO designed seeker. This launch has enthused a fresh impetus in the ambitious “Make in India” programme of Govt. of India.

The second launch was carried out by the Indian Air force from its prime fighter aircraft SU-30MKI against a sea target. The test, conducted in user configuration, revalidated the ship attack capability of the advanced air-launched cruise missile. During the launch, the missile was gravity dropped from the air combat platform’s fuselage and the two-stage weapon’s engine fired up and straightaway propelled towards the intended target positioned at the sea piercing the same with pin point accuracy. 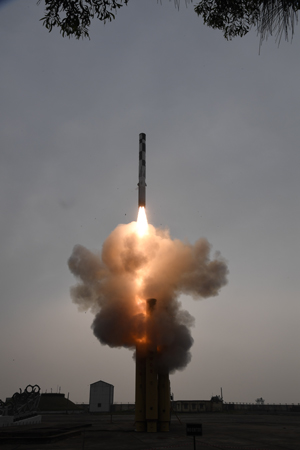 With this test the IAF now has a World record of direct hits on targets in all its launches from air against sea and land targets establishing itself as the prime user of the world’s most powerful conventional airborne weapon to attack targets on sea and land. The Indian Air Force, on 22 May 2019, had successfully tested the missile against a land-based target in the Car Nicobar Islands region. The first launch from SU-30 MKI was carried out on the 22 Nov 2017 against a sea target which made the Indian Air force the first in the World to have fired a supersonic cruise missile

The formidable BRAHMOS ALCM promises to immensely bolster the IAF’s air combat capability from long distance stand-off ranges and become the ultimate “game changer” for the IAF in the 21st century.