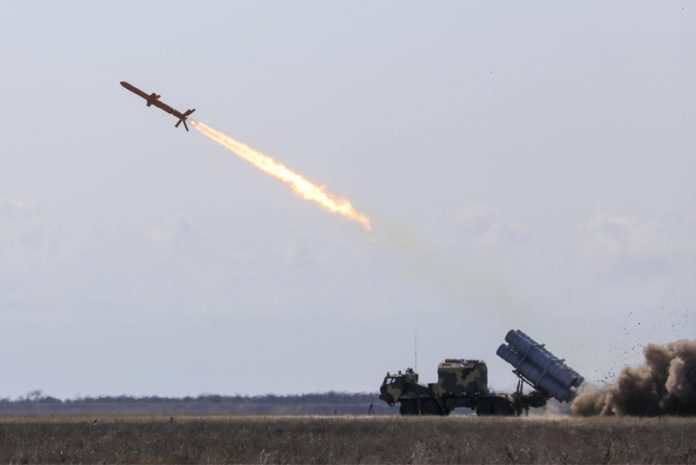 Air defence is coming to the fore of Western military planning after being neglected in the 20-plus years of permissive campaigns since the end of the Cold War.

The low-threat operating environment in Afghanistan and Iraq lulled defence chieftains into a false sense of security, but the increasing use of low-observable, massed capabilities in the form of cruise missiles and/or unmanned aerial vehicles (UAVs) are making them sit up.

The threat posed by cruise missiles is well-established and yet they have been able to circumvent modern air defences time and again. These legacy weapons usually fly on a nap-of-the earth profile to evade ground-based sensors, and this challenge is exacerbated by the stealthy features incorporated by some of them.

To illustrate, the Russian KH-101 travels at a terrain-hugging attitude of 30 metres and its composition of radar-absorbing material makes it hard to detect. And because cruise missiles fly at such low levels, the detection time for air defences is rather short. Against a notional terrain-hugging KH-101, the response time for the defender may be a matter of just minutes. In such circumstances, not being on the highest alert makes interception of the weapon an uphill task.

Moreover, modern cruise missiles have surgical precision given that many of them incorporate inertial navigation system and/or satellite-based navigation for guidance. Indeed, the KH-101/102’s accuracy is such that its circular error probability is reportedly six metres. With more cruise missiles being capable of supersonic speeds and perhaps in the not-so-distant future, hypersonic speeds, anti-air warfare managers will have their work cut for them in the coming decade.

UAVs are the up-and-coming threat air-defence planners are grappling with. These platforms have been largely used in the intelligence, surveillance, and reconnaissance (ISR) role until the first decade of the 21st Century, where they took on limited strike missions in permissive environments. The democratisation of technology and the availability of commercial off-the-shelf drones mean that non-state actors are embracing the UAV as an asymmetric weapon against their more powerful state foes. Think the Islamic State in Iraq and Syria and its fleet of weaponised drones toting “shuttlecock bomblets”.

Various observers have contended that such makeshift armed UAVs are of meagre tactical utility owing to their limited payload and navigation capability. However, events in recent years have rendered this argument problematic.

To illustrate, in January 2018, Russia’s Khmeimim Air Base in Syria came under attack from a drone swarm, which was the first of its kind in history. Photographs taken of the aftermath show rudders of fighter planes being torn, in essence rendering these aircraft ‘mission kills’. Not a bad deal indeed to trade improvised drones wrapped in plastic sheet and with parts held together by tape for mission-killed multi-million-dollar combat jets.

Traditional air defences are not particularly well-equipped to deal with UAV swarms. Firstly, the air defences of most advanced nations are designed largely to deal with higher-end threats like conventional aircraft and ballistic missiles. Like cruise missiles, drones are hard to detect owing to their small size and concomitantly minuscule radar cross-section.

Moreover, it simply does not make economic sense to launch expensive surface-to-air missiles (SAM) against such makeshift drones. In any case, most SAM batteries lack the magazine capacity to effectively intercept UAV swarms numbering in the dozens.

A more ominous challenge for air defences would be an integrated drone-and-cruise missile operation such as the September 2019 strike on the Abqaiq and Khurais oil facilities in Saudi Arabia. Despite the lavish amounts the kingdom spent on its air defences, none of the 25 drones and cruise missiles used during the attack were intercepted. Arguably it heralded the dawn of a challenging new era in air defence in the 2020s.

An Abqaiq–Khurais 2.0 in the coming decade could see a larger-scale and fully-networked strike involving not just ‘kamikaze’ drones and cruise missiles, but also more combat-capable drones launching their own ordnance. To compound matters, their approach to the target could be coordinated from different vectors to overwhelm the defender. These weapons could also be preconfigured to approach the target where they are least expected. Or perhaps to increase deniability in this day and age where ‘grey-zone’ operations are par the course. While the defender is currently playing catch-up, it is still not too late if the challenge is duly recognised and if authorities could muster the political (and financial) capital to tackle these threats head-on.

*This column was adapted from a presentation of the same title given to officers and senior enlistees of the Republic of Singapore Air Force’s Air Defence and Operations Command on 6 February 2020.