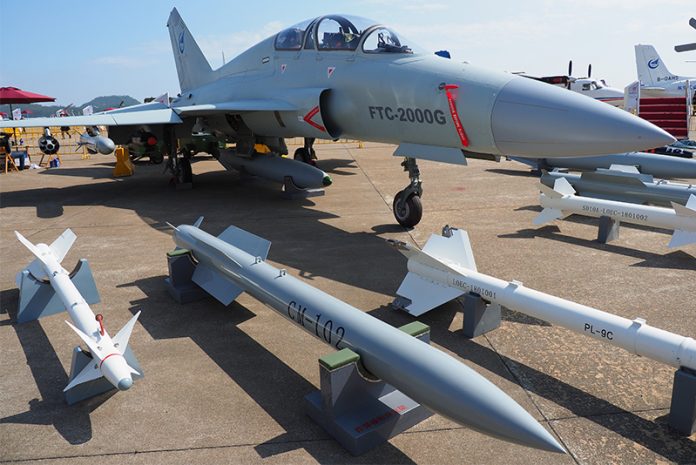 According to AVIC, an order was placed in early 2020 by an undisclosed Southeast Asian country with delivery of the first tranche of aircraft expected to be take place in 2021, although it did not go into details about the contract value or the number of aircraft on order.

Speculation on the identity of the customer has been centred on Cambodia or Myanmar, both of which maintain friendly relations to China and have been actively inspecting the latest Chinese defence equipment.

Cambodian air force pilots have been receiving flight training in China, although in a different type of trainer aircraft, while Myanmar had earlier acquired up to 16 JF-17 Thunder Block II multirole combat aircraft built by the Pakistan Aeronautical Complex/Chengdu Aircraft Corporation and could well bolster its growing fleet with more Chinese technology.

The twin-seat aircraft reportedly equipped with “state of the art” radar and fire-control systems and can be fitted with up to seven hardpoints, with a maximum payload capacity of 3,000 kg.

The FTC-2000G is a variant of the FTC-2000 and is being marketed as an affordable multipurpose platform that can replace legacy Soviet and early Chinese-made light attack and trainer aircraft. It also features a centreline reconnaissance pod for improved intelligence, surveillance, and reconnaissance (ISR) performance.