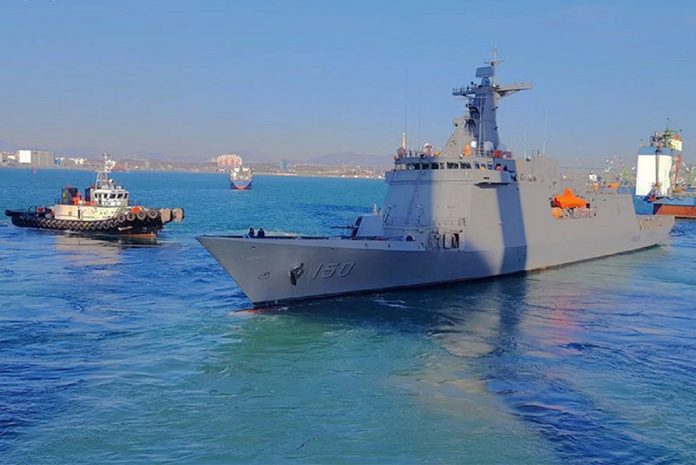 The frigate, one of two mulitrole frigates ordered in 2016 at a cost of $337 million under the Horizon 1 phase of the Revised AFP Modernisation Programme, was due to depart shipbuilder Hyundai Heavy Industries’ (HHI’s) facility in Ulsan and is expected to arrive in Subic Bay on 23 May.

The José Rizal-class is derived from HHI’s HDF-3000 design, which is in turn a variant of the Incheon-class frigates commissioned into Republic of Korea Navy (RoKN) service between 2013 and 2016.

The frigate has an overall length of 351 feet (107 metres) with a beam of 46ft (14m), and is powered by a combined diesel and diesel (CODAD) propulsion system that enables it to operate out to 4,500 nautical miles at a cruising speed of 15 knots. It can also sprint at speeds of over 25kts.