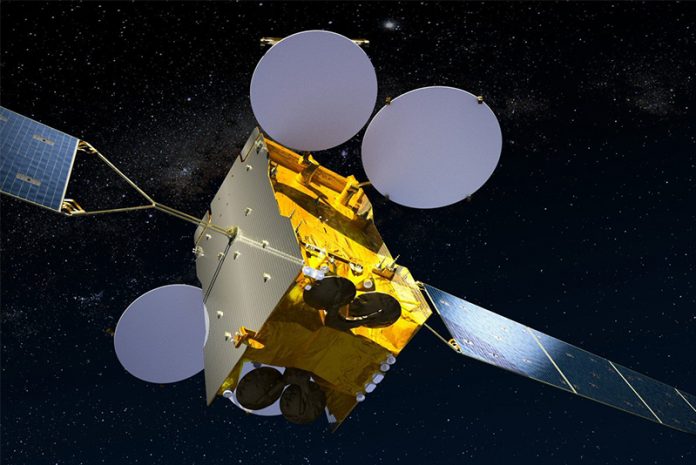 A military communications satellite that Airbus Defence and Space built for the Republic of Korea (RoK, or South Korea) armed forces has been flown from the company’s spacecraft production facilities in Toulouse to Cape Canaveral in Florida for final launch preparations on a SpaceX Falcon 9 rocket in July, the company announced on 11 June.

The Army/Navy/Air Force Satellite Information System (ANASIS)-II satellite was developed according to specifications laid down by the South Korean Agency for Defense Development (ADD) and built by Airbus. It was transported to the Kennedy Space Center on 8 June aboard an Antonov An-124 and will spend the following weeks at the SpaceX processing facility at Cape Canaveral Air Force Station for testing and fuelling before its planned launch from Launch Complex 39 at the Kennedy Space Center.

It was earlier reported that the launch of ANASIS-II had been delayed due to logistical challenges caused by the Covid-19 virus.

South Korea acquired the satellite, which was formerly identified as KMilSatCom 1, as part of an offset agreement with Lockheed Martin in 2014 for acquiring its F-35A Joint Strike Fighter. The company eventually subcontracted the satellite production work to Airbus around 2016.

ANASIS-II is understood to be based on Airbus’ modular Eurostar E3000 satellite bus that can weigh between 3,500 to 6,000kg depending on the hosted payloads and can reportedly cover a 6,000km radius over the Korean Peninsula.

According to Airbus, ANASIS-II will be the 52nd Eurostar E3000 satellite that will be launched. At least 84 of these satellites have been ordered to date and has accumulated 630 years’ worth of operations globally since the first one entered orbit.

ANASIS-II is expected to be launched by the Falcon 9 rocket into an elliptical transfer orbit where it will engage its on-board propulsion system to reach a geostationary orbit around 36,000 km over the equator.

The South Korean armed forces is currently relying on satellite communications bandwidth provided by the commercial Mugunghwa-5 satellite launched in 2006.