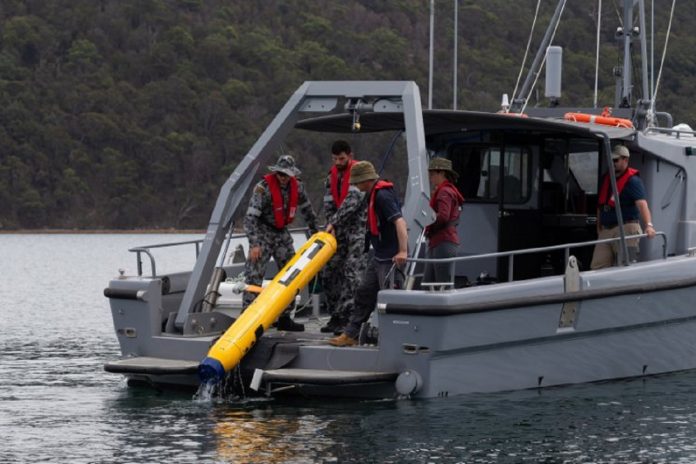 The Australian Department of Defence (DoD) will pursue new unmanned and autonomous technologies that will boost the country’s ability to address mine threats close to shore, the offices of the Minister for Defence and Minister for Defence Industry jointly announced on 25 August.

The DoD will partner with the Trusted Autonomous Systems Defence Cooperative Research Centre (TAS DCRC) and Thales Australia under a five-year, A$15 million research and development project.

“As announced in the 2020 Force Structure Plan, developing new systems for underwater mine detection and clearance are vital to protecting Australia’s maritime environment and advancing our interests,” Minister for Defence Linda Reynolds said, noting that the project will leverage on indigenous research and innovation capabilities in autonomous systems technologies.

“Key technologies such as artificial intelligence, big data, connectivity and cyber security will be vital in developing the capability to autonomously undertake environmental data collection and mine countermeasures missions,” Minister Reynolds added.

Minister for Defence Industry Melissa Price asserted that Australian businesses will be at the core of the project. Besides Thales Australia, other local companies include Mission Systems and INENI Realtime.

“Our local business partners will be part of the team designing and developing a communication, simulation and training solution for the new autonomous technologies,” Minister Price said.

Meanwhile, the Tasmania-based Australian Maritime College (AMC) will continue to provide training in advanced autonomous marine systems for the Royal Australian Navy (RAN) under a three-year contract extension worth A$1.4 million for the first year.

The institute’s training and consultancy arm AMC Search, will continue to instruct about 60 RAN personnel each year in areas such as basic and advanced operations of autonomous surface and underwater vehicles, as well as maintenance and technical support

The RAN is aggressively integrating autonomous technologies under Projects SEA 1778 and 1770. For example, the service has commissioned a dedicated unit – Mine Warfare Team 16 (MWT 16) – to operate unmanned surface and subsurface platforms, expendable mine neutralisation systems, and support craft under SEA 1778 Phase 1.