Back from my break and the virtual briefing / conference period is once again gathering momentum. Currently in my diary is Modern Day Marine (22-23 September), SMI’s UAV Technology 2020 conference (28-29 September) and hopefully AUSA’s Virtual activities between 13-16 October, although no details are currently available.

I am beginning to work up a list of editorial topics that we plan to cover in both Armada International and Asian Military Review in 2021. The breadth of defence means that we have to be very selective in what we cover. It has to be both timely and current, from small arms to space defence.

There has been a significant increase in defence spending on cyber and space technology, unmanned systems for all domains, which is taking budget away from traditional manned kinetic platforms.

If there is any particular topic you feel that we should consider please drop me a note at my email: andrew@mediatransasia.com.

I look forward to hearing your views.

“In a single day, the US’s reconnaissance aircraft and satellites collect more raw data than the entire defence workforce could analyse in their aggregate lifetimes. Security officials are trying to find needles in ever-expanding digital haystacks.”

This statement, presented in a Royal United Services Institute (RUSI) commentary authored by Sam Sherman, a Kennedy Scholar at the Harvard Kennedy School, exemplifies the challenges of mass intelligence gathering.

In the US, the centre of the response to this if found in the body of the Joint Artificial Intelligence Center (JAIC). According to Sherman, the JAIC evolved from work initially conducted by the Algorithmic Warfare Cross-Functional Team, otherwise known as ‘Project Maven’. “Project Maven stands out as an example of rapidly acquiring and then deploying AI technologies. The Maven team deployed AI in the battle against the Islamic State just six months after receiving funding,” reveals Sherman.

Through his commentary, Coordinating Artificial Intelligence: Six Lessons from the US, Sherman suggests that the UK needs its own version of the JAIC. “There are currently dozens of AI projects within the Ministry of Defence (MoD) alone, not all of which are pushing in the same direction and none of which develop AI across its entire lifecycle,” he states. Again, it should be a cross-functional team reaching into industry and academia.

Its main role, he suggests, should be “to facilitate a fertile AI ecosystem, including computing infrastructure, test facilities and data platforms. The unit should provide standardised tools for cleaning, aggregating, labelling and securing data, and should maintain a strong focus on testing and evaluation.”

On 1 September the US Department of Defense (DoD) released its annual report on “Military and Security Developments Involving the People’s Republic of China (PRC).” It represents an assessment of the PRC’s recent military and security developments and potential objectives.

Among its many analysis and ‘take away’ points was the observation that “the PLA’s [People’s Liberation Army’s] goal [is] to become a fully modern and ‘informatised’ force by 2035.” This would include “intelligentised warfare,” which it identifies as “the application of artificial intelligence (AI) and other advanced technologies.

The report states that in order to serve “China’s expanding national interests”, the PLA will continue to improve its capacity for force projection which will work to integrate not only kinetic forces but also folding in the strengths of cyber and space technologies to allow multi-domain joint operations.

As the report observes, by moving towards force projection further away from the Chinese mainland, this could involve campaigns with allied nations and the use of overseas bases.

The full report can be found at: https://www.defense.gov/Newsroom/Publications/ 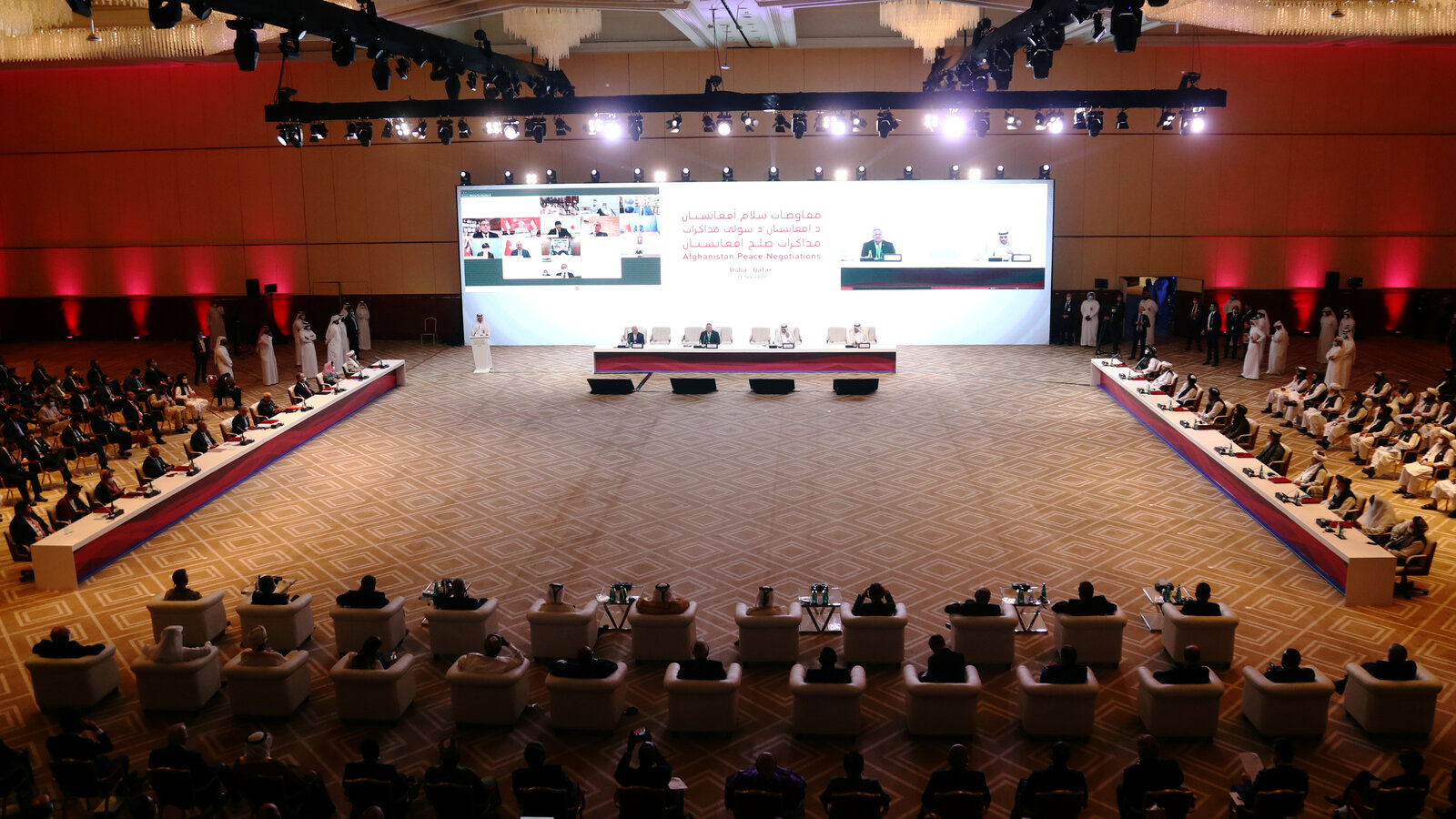 Stoltenberg went on to say that the sacrifices made had not been in vain and that “Afghanistan is no longer a safe-haven for international terrorists.” He noted the improvements that had been made in many areas of public life which he insisted the talks ”must preserve.”

“We are now adjusting our troop presence in Afghanistan to support the peace efforts; at the same time, we remain committed to training and funding the Afghan Security Forces to help safeguard the Afghan people,”Stoltenberg continued.

The talks have been delayed because of a continuing dispute over the release of Taliban prisoners by the government and by continuing attacks by the Taliban.

Somewhat optimistically, NATO’s statement called for the negotiating teams to end violence and to build “on the progress of the last 19 years to safeguard the human rights of all Afghans, particularly women, children, and minorities, uphold the rule of law, and ensure that Afghanistan never again serves as a safe haven for terrorists.”

Whether the Taliban view this ‘progress’ to their liking and how they interpret ‘the rule of law’ in light of their strict interpretation of Sharia law will remain significant barriers to meaningful progress.

According to a report in The Guardian on 16 August 2020, there was an assassination attempt on the life of Fawzia Koofi, a female activist and one of five women who make up the 21-member negotiating team representing the Afghan government.

US ARMY
Ashford Leebcor Enterprises III was awarded a $100 million contract to provide maintenance and repair of real property and minor construction work for the Fort Lee military installation. US Army Field Directorate Office is the contracting activity.

US AIR FORCE
Cubic Defense Applications has been awarded a $193 million contract for the P5 Combat Training System (P5CTS) contractor logistic support. This contract provides continuous depot-level contractor services by replacing the previous contract that expired on 20 July, 2020. This is a mix of Foreign Military Sales (FMS) and non-FMS requirements. FMS customers comprise an estimated 56 percent of the value of the contract and include Australia, Egypt, Morocco, Oman, Poland, Qatar, Saudi Arabia, Singapore and United Kingdom. Air Force Life Cycle Management Center is the contracting activity.

9 September
US NAVY
Lockheed Martin Rotary and Mission Systems, is awarded a $126.9 million contract to exercise and fund options for Navy engineering services, materials and spares. The Naval Sea Systems Command is the contracting activity.

8 September
US AIR FORCE
Northrop Grumman Systems has been awarded a $13.2 billion contract for a tested and fully qualified design of the Ground Based Strategic Deterrent (GBSD). The GBSD will replace the Minuteman III Intercontinental Ballistic Missile Weapon system. This contract will provide for the engineering and manufacturing of the GBSD. Air Force Nuclear Weapons Center is the contracting activity.

US NAVY
Raytheon Technologies, Pratt and Whitney Military Engines is awarded a $174 million modification contract for the production and delivery of 14 F135-PW-100 low rate initial production Lot 14 propulsion systems for the Air Force in support of the F-35A conventional take-off and landing aircraft. The Naval Air Systems Command is the contracting activity.

2 September – SPAIN
The State Department has approved a possible Foreign Military Sale (FMS) to the Government of Spain of one hundred (100) AIM-120C-7/8 Advanced Medium Range Air-to-Air Missiles (AMRAAM) and one (1) AMRAAM Guidance Section (spare) and related equipment for an estimated cost of $248.5 million.