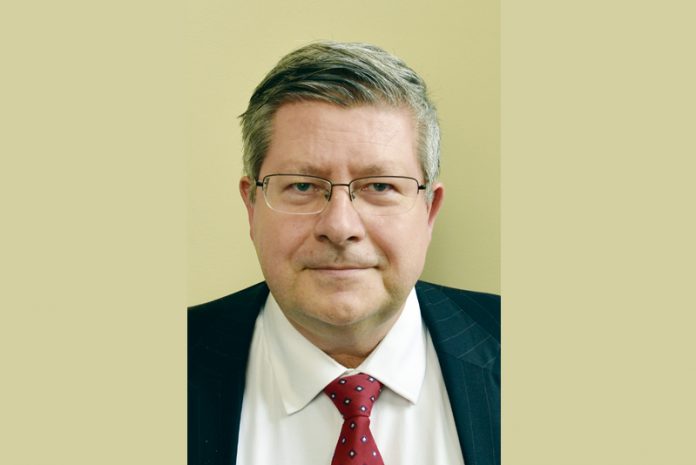 August is coming to an end and as we head into autumn most of the defence industry gatherings continue to be virtual, if at all. Two exceptions to this currently are the 28th International Defence Industry Expo – MSPO – in Poland (8-10 September) and Euronaval in Paris (20-23 October). With ‘second waves’ of COVID-19 either breaking out or infections rates on the rise again, the likelihood of these being truly international are slim – particularly with regard to attendance by US companies.

Information is out there though, and it is still worth keeping an eye on the major defence associations and institutes, as well as conference organiser websites for upcoming virtual events. The experience is not the same, but latest programme updates and strategic thinking can still be found from the likes of RUSI, CSIS, IISS, SMI and IQPC among others.

This particular round of tension followed the collision at sea on 12 August between the Hellenic Navy’s Ellis-class frigate Limnos and the Turkish Barbaros-class frigate TCG Kemalreis. According to reports neither ship was badly damaged and no sailors were hurt.

The Kemalreis was part of a Turkish naval group escorting the geological survey vessel Oruç Reis, whose task was to chart maritime areas claimed by both Turkey and Greece.

The day following the collision France announced that it was deploying two Rafale fighters and a naval frigate La Fayette into the area. French President Emmanuel Macron announced: ”I have decided to strengthen the French military presence temporarily in the Mediterranean, in co-operation with Greece and other European partners.

“The eastern Mediterranean situation is worrying. Turkey’s unilateral decisions concerning oil exploration are provoking tensions. Those tensions must end, to enable calm dialogue between countries which are neighbours and allies in NATO,” he concluded.

TANKS FOR THE MEMORY?

The British Army is considering the future of its Challenger 2 tank force, with options including the stark choice of completely scrapping the whole tank force.

Tank numbers in the British Army have been falling through continuous rounds of defence cuts. “Theoretically, the Army still has 227 Challenger 2 tanks. But in reality only about half of those are out of storage and ready to be deployed,” stated a 25 August on the BBC’s news website.

The Russian Army is thought to have the most tanks of any nation at nearly 13,000 tanks of various types, the US Army around half that at 6,300 and the Chinese Army nearly half of the US total at around 3,500.

While the necessity for massed tank formations has diminished since the end of the Cold War, tanks have still been used in recent conflicts in Iraq, Syria and Ukraine. Tanks operating with infantry give them immediate direct fire support both in attack and defence. The question must be can other platforms guarantee the same accuracy 24/7 and in all weather conditions?

One possible option moving forward is to replicate the ‘loyal wingman’ developments being conducted by several air forces. The development of unmanned ground vehicles (UGV) has focused on intelligence, reconnaissance and surveillance (ISR), but a swarm of weaponised UGVs perhaps backed by a select number of larger manned tanks/armoured vehicles is one way forward.

In 2019, Chief of the General Staff Sir Mark Carleton-Smith said: “Rapid adaptation is an essential ingredient for success on the battlefield and the fielding of the next generation of armoured fighting vehicles and ground-breaking robotic and autonomous systems will keep the British Army at the cutting edge of battlefield technology, improving our lethality, survivability and competitive advantage.”

The UK’s Defence Science and Technology Laboratory (DSTL) is already investing in research into a number of UGVs. Their firepower would likely come from onboard missiles rather than a large main gun such as the Challenger’s L30 CHARM 120mm gun.

It has been just over 100 years since the first Mark 1 tanks made their appearance in September at the Battle of the Somme during World War One. 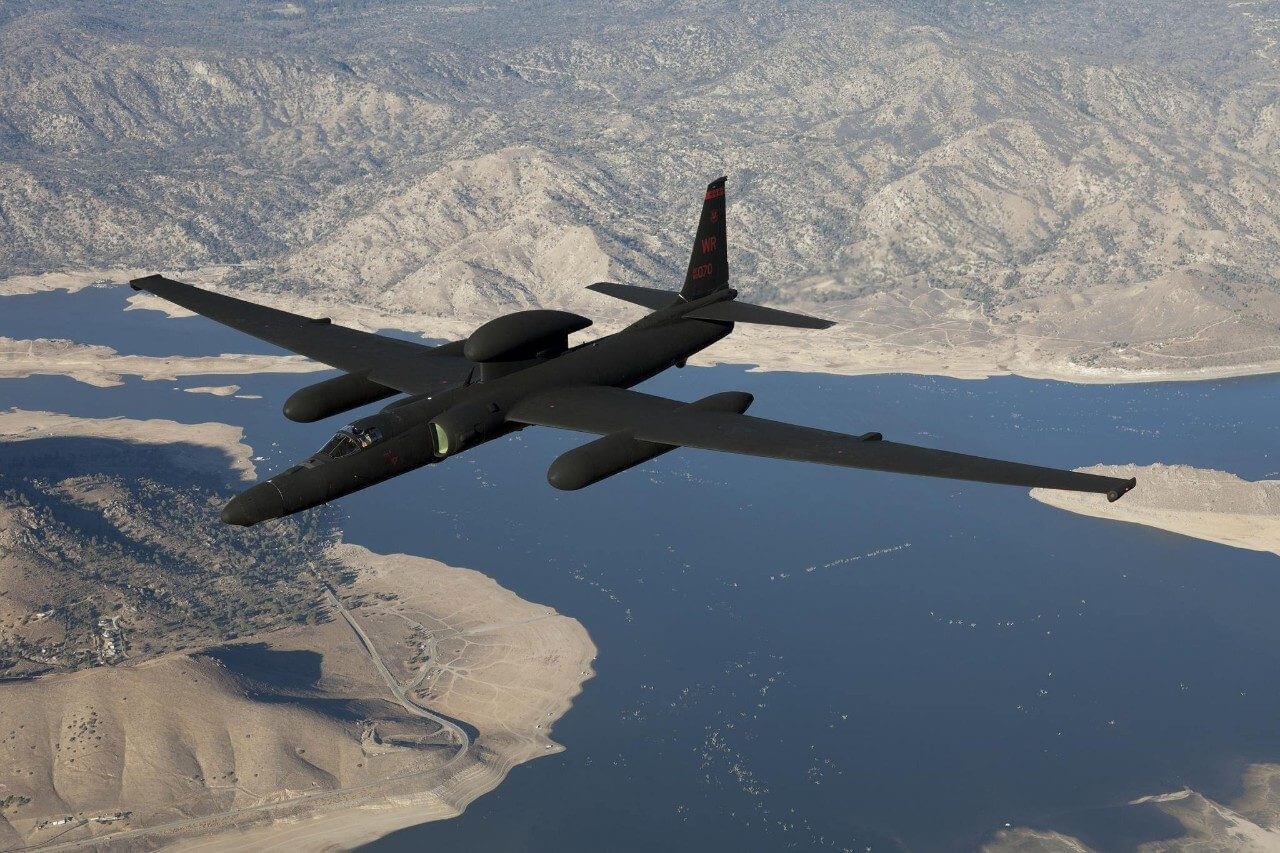 The Chinese Ministry of National Defense complained last week that a United States Air Force (USAF) Lockheed U2 spy plane had ‘trespassed’ “into an airspace used for live-fire exercises by the Northern Theatre Command of the People’s Liberation Army”.

While Chinese naval and air forces continually violate maritime and air space claimed by other nations, particularly Japan and in the South China Sea, it does not like getting the same attention in return.

A report on the government controlled website china.org, quoted Wu Quian, a spokesperson for the Ministry of National Defense, stating that “the trespass severely affected China’s normal exercises and training activities, and violated the rules of behaviour for air and maritime safety between China and the United States.”

According to reports, the aircraft flew from a base in South Korea and out over the Bohai Sea where the People’s Liberation Army Navy (PLAN) was exercising, which included the aircraft carrier Shandong. (Photo: Lockheed Martin)

26 August – United Kingdom
The State Department has approved a possible Foreign Military Sale (FMS) to the UK Government of 395 Lockheed Martin AGM-114R2 Hellfire missiles with support for an estimated cost of $46 million.

26 August – Japan
The State Department has approved a possible FMS to the Government of Japan of 32 Raytheon AIM-120C-8 Advanced Medium Range Air-to-Air Missiles (AMRAAM) with support for an estimated cost of $63 million.

28 August
MISSILE DEFENSE AGENCY
Lockheed Martin is being awarded a $911 million modification to IDIQ contract for Terminal High Altitude Area Defense element development and support services. This modification brings the total maximum ceiling value of this contract from $2.3 billion to $3,2 billion. This modification provides for the extension of the period of performance for additional incremental development, support to flight and ground test programs and responsive support to warfighter requirements to sustain the Ballistic Missile Defense System throughout the acquisition life cycle. The Missile Defense Agency is the contracting activity.

DEFENSE LOGISTICS AGENCY
Abbott Rapid has been awarded a IDIQ contract for the production and delivery of BinaxNOW rapid point-of-care antigen tests for COVID-19. The initial order is valued at $760 million for 150 million tests and distribution costs. This was a sole-source acquisition to meet an urgent and compelling national need. An Emergency Use Authorisation has been approved and signed by the Food and Drug Administration for this contract award. The maximum dollar value on the contract is $1.5 billion. The contracting activity is the Defense Logistics Agency.

27 August
US ARMY
Avon Protection Systems; and Canadian Commercial, will compete for each order of the $127 million contract to qualify and procure M61 canisters for the Joint Service General Purpose Mask. US Army Contracting Command is the contracting activity.

Vectrus Systems was awarded an $116 million modification contract for continued support of critical operation, maintenance and defence of Army communications, which supports the Army Operational Base Communications Information Systems and infrastructure in support of US Central Command forces. US Army Contracting Command is the contracting activity.

Bowhead Mission Solutions received a $115 million contract for system engineering and technical assistance support for the Center of Excellence, Space and Missile Defense School. US Army Contracting Command is the contracting activity.

25 August
DEFENSE LOGISTICS AGENCY
Oklahoma City Water Utilities Trust has been awarded a $617 million contract for the ownership, operation and maintenance of the water and wastewater utility systems at Tinker Air Force Base, Oklahoma. Using military service is the Air Force. The contracting activity is the Defense Logistics Agency Energy.

US NAVY
FlightSafety Services is awarded a $220 million IDIQ contract for aircrew training services for the TH-73A Advanced Helicopter Training System to include flight training devices (FTD) and classroom instruction to train student naval aviators (SNAs) to the standards necessary to meet an annual pilot production rate of over 600 advanced rotary wing and intermediate tilt-rotor SNAs. Additionally, it provides for the operation and maintenance of FTDs. The Naval Air Warfare Center Training Systems Division is the contracting activity.

Lockheed Martin Rotary and Mission Systems is awarded a $191 million contract for the procurement of engineering design development services and associated material and travel, supporting the fleet of Navy submarines and Foreign Military Sales requirements. This contract includes options which, if exercised, would bring the cumulative value of this contract to $2.2 billion. This contract combines purchases for the Navy (90 percent); and the governments of Canada (8 percent); Japan (1 percent); and Australia (1 percent). The Naval Sea Systems Command is the contracting activity.

US TRANSPORTATION COMMAND
Construction Helicopters has been awarded a $168 million modification contract for continued rotary wing airlift support within the US Central Command Area of Responsibility. US Transportation Command is the contracting activity.

US AIR FORCE
Kekolu Contracting has been awarded a $111 million IDIQ contract. This contract is for streamlined acquisition base engineering requirements, providing minor construction projects, maintenance and repair of real property. The 316th Contracting Squadron is the contracting activity.

DVD2020, 4-6 November, Millbrook, UK
The organisers of DVD2020, which is jointly sponsored by Defence Equipment & Support (DE&S) and the British Army, have announced that they have taken the difficult decision to cancel DVD2020, in light of the ongoing pandemic.

Director General Land, Chris Bushell commented on the decision to cancel DVD2020: “It is with great regret that we have taken the decision to cancel DVD2020 due to the ongoing challenges posed by COVID-19. DVD is a great event which brings together industry, international allies and partners; DE&S and the British Army have been running for many years and therefore it is a shame that we have had to cancel this year’s event.

Are You Going To Scarborough Shoal?