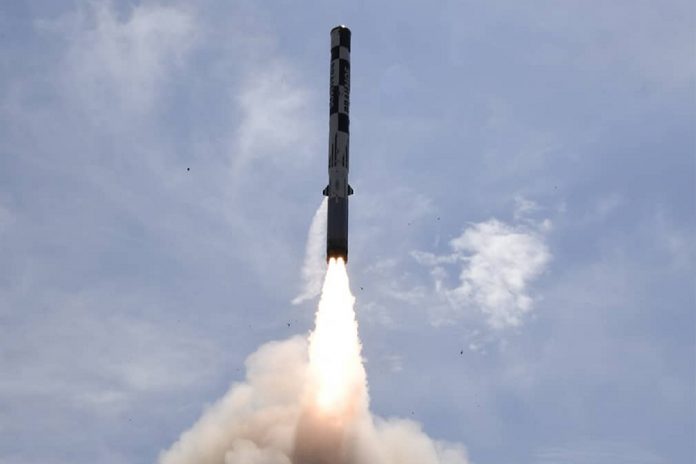 The Indian government’s Press Information Bureau (PIB) announced on 30 September that the country has successfully flight-tested a land-attack version of the BRAHMOS supersonic cruise missile featuring an indigenously made airframe section and booster.

The achievement is a major milestone in the country’s efforts to increase the content of locally made components in defence equipment used by the Indian military.

The PIB noted that the missile was launched from the Integrated Test Range in Balasore in the eastern state of Odisha, reaching a cruising speed of Mach 2.8. The test missile also featured “many other ‘Made in India’ sub-systems”, which are expected to eventually enter production to meet the government’s long-standing goal of enhancing defence equipment self-reliance as opposed to foreign imports.

The latest success follows several other notable achievements for the BRAHMOS cruise missile portfolio. In December 2019 the Indian Air Force announced that it has completed the integration of the air-launched variant – BRAHMOS-A (Air) – onto the Sukhoi Su-30MKI multirole fighter after the service successfully launched the weapon from the aircraft off the coast of Odisha against a sea-based target and achieved a direct hit.

The BrahMos is a medium-range, two-stage missile with a solid-propellant booster and ramjet sustainer. It is designed to be launched from submarines, ships, aircraft, and land-based platforms.

The company was established on 12 February 1998 as part of an inter-government joint venture signed between New Delhi and Moscow with an initial capital of US$250 million with India owning 50.5 percent of equity and Russia the remaining 49.5 percent. The joint venture also includes the participation of India’s DRDO and Russia’s JSC MIC NPO Mashinostroyeniya (NPOM).

The company is also developing a lighter variant of the air-launched BRAHMOS called BRAHMOS NG for the Tejas Mk 1A Light Combat Aircraft (LCA) and the hypersonic BRAHMOS II.