The establishment of a Russian Naval base in Sudan is evidence of both Russian and Chinese ambition to expand their presence in strategically important locations around the world, joining or replacing western influence where they can.

The Sudanese government has found itself in the world spotlight of late, due to the October announcement of an agreement with Israel to normalise relations between the two countries, following other Arab countries such as the United Arab Emirates and Bahrain. Sudan is an Islamic state and by signing the agreement, the United States removed it from its list of state sponsors of terrorism. This is crucial to the country’s economy as it can now apply for international loans and other aid.

China growing was underlined when it opened its own naval supply base in Djibouti in July 2017 which will be operated by the Chinese People’s Liberation Army Navy (PLAN). Satellite imagery shows that recently completed piers could be used by some of the PLAN’s major warships and submarines. In time this could also perhaps welcome Chinese aircraft carriers, with up to four either in service, under construction or planned. US Navy carriers are of course already a feature across the world’s oceans, but indications from the UK government is that its new Queen Elizabeth class carriers will also join this expeditionary ‘flexing of elbows’ in the global maritime environment.

With the re-establishment of the US Navy’s 1st Fleet, deep water anchorages for the logistical resupply of large aircraft carriers in locations such as Bahrain, the Sultanate of Oman, Malaysia and Singapore will gain in importance.

Look out for all sides to be sweet-talking potential host nations who can offer these facilities in the next few years as maritime competition hots-up.

On 16 November, Russian President Vladimir Putin confirmed the signing of an agreement between the Russian Federation and the Republic of Sudan for the establishment of a logistics centre for the Russian Navy to be located on Sudan’s Red Sea coast.

Reports suggest that the Port of Sudan base will be home to 300 Russian military personnel and has been termed as a logistics centre. The lease for the land will be for 25 years, renewable in decade increments.

According to a report from the Russian news agency Tass: “The draft agreement stipulates that a maximum of four warships may stay at the naval logistics base, including ‘naval ships with the nuclear propulsion system on condition of observing nuclear and environmental safety norms.’”

This will be the Russian Navy’s second established overseas naval base, adding to that already operating at the Syrian Port of Tartus. Again, the Syrian base can accommodate up to four Russian warships alongside, although only those up to 100 metres in length. Bigger, more modern warships would have to be replenished offshore.

On 26 November the Russian Defence Ministry announced the first maritime test-launching of a Zircon (Circon) hypersonic missile from the frigate Admiral Gorshkov in the White Sea at a target in the Barents Sea. The hypersonic anti-ship missile reportedly reached a speed of Mach 8 and hit a target 450km away from the launch point.

The Admiral Gorshkov (Project 22350) is one of a new ship class, incorporating stealth technology, entering service in July 2018. The first two ships commissioned (the ) include the 5P-42 Filin electro-optic countermeasure system and 24 vertical launching system cells for Kalibr, Oniks or Zircon cruise missiles as well as 32 Redut VLS cells for 9M100 surface-to-air missiles. 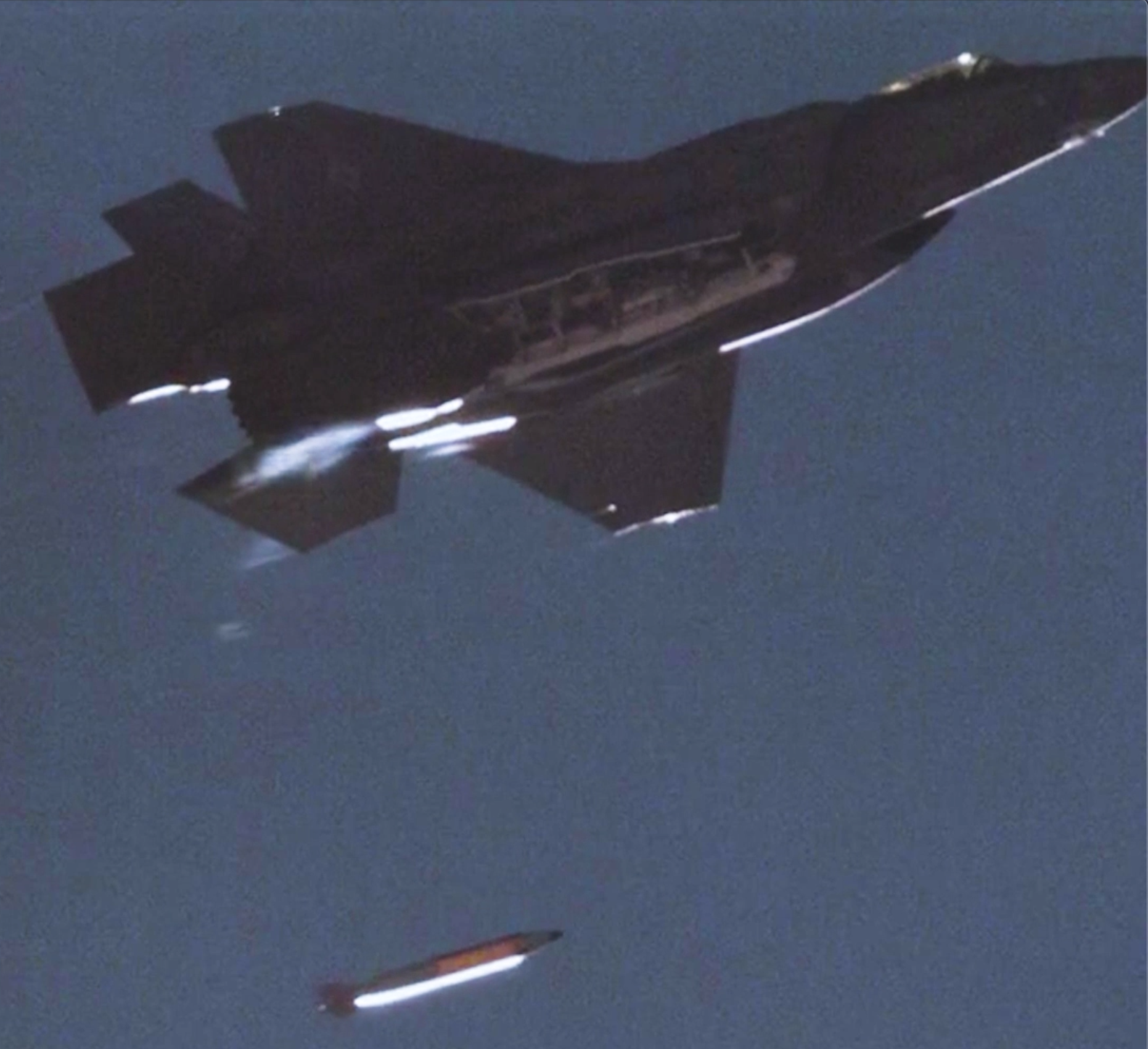 A US Air Force Lockheed Martin F-35A Lightning II has test dropped a mock B61-12 nuclear gravity bomb from its internal bomb bay flying at over Mach 1 at the at Sandia National Laboratories’ Tonopah Test Range in Nevada, USA.

The test took place on 25 August with the bomb containing ‘non-nuclear and mock nuclear components.’ It is the latest in a series of drop tests using a mock B61-12. In March a USAF F-15E Strike Eagle was used, followed in July by the Air Force’s B-2 Spirit bomber.

Sandia National Laboratories is a multi-mission laboratory operated by National Technology and Engineering Solutions of Sandia, a subsidiary of Honeywell International. It provides design and engineering services for non-nuclear components of the US nuclear weapon stockpile, which includes the B61-12 and its life extension programme.

“We’re showing the B61-12’s larger compatibility and broader versatility for the country’s nuclear deterrent,” said Steven Samuels, one of the managers on the Sandia B61-12 Systems Team.

According to a company statement “the initial data shows that all systems and interfaces between the refurbished bomb and the F-35A worked as expected.” 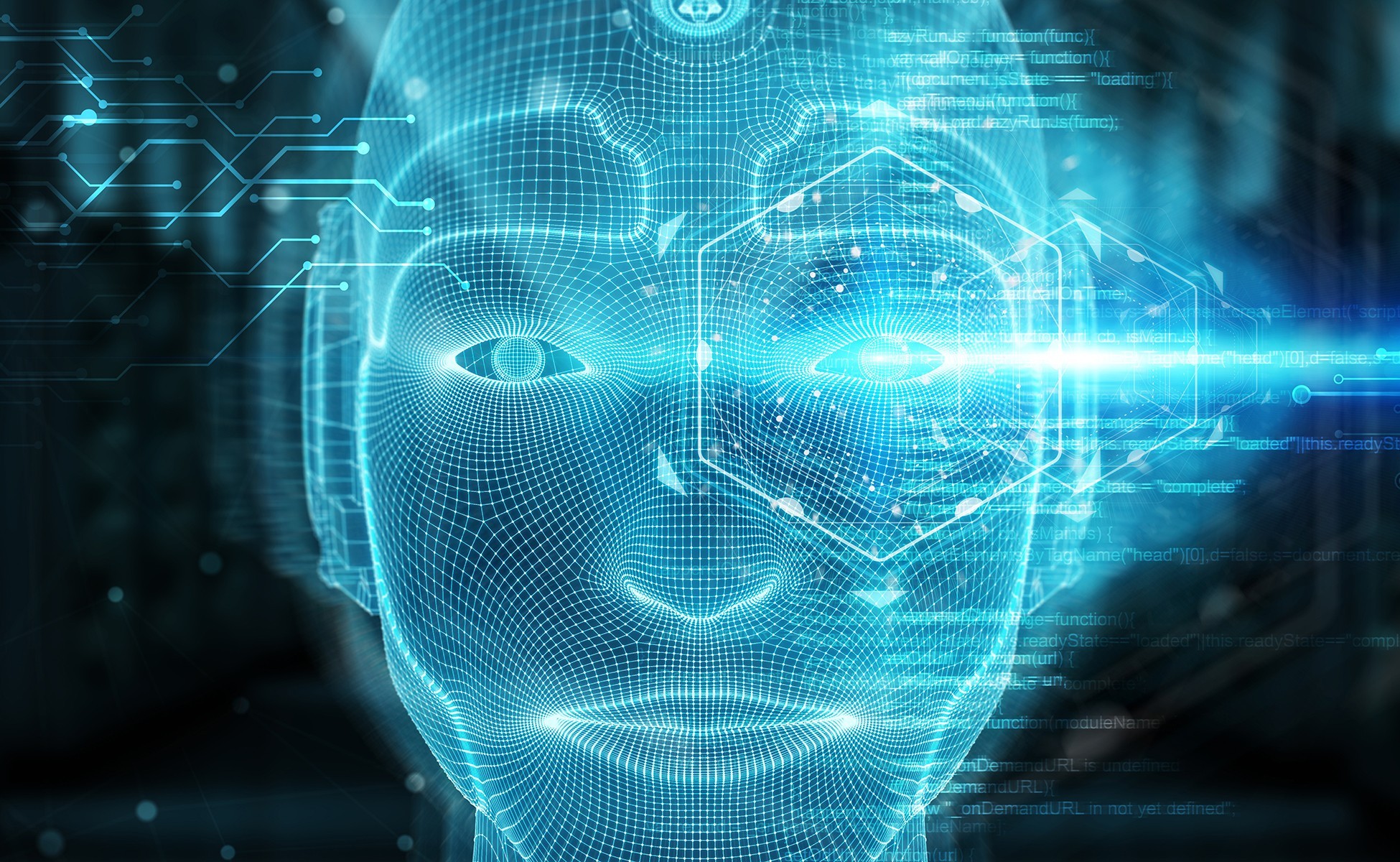 The Joint Artificial Intelligence Center (JAIC), within the US Department of Defense, was a good ‘jumpstart’ concept yet was not transformational enough and needed a more aggressive approach, said Marine Corps Lt. Gen. Michael S. Groen during a Pentagon briefing on 24 November.

The JAIC was established as an AI centre of excellent and was behind Pathfinder projects but did not reach broadly enough into defence. Today’s JAIC 2.0 will “push harder across the department to accelerate the adoption of AI across every aspect of our warfighting and business operations,” stated Groen.

Working with the Joint Common Foundation, “a cloud-enabled AI platform to accelerate the development, testing and fielding of new AI capabilities” would allow those who did not have the infrastructure or expertise to connect with the JAIC.

“We’re re-crafting our engagement mechanism inside the JAIC to actively seek out problems and help make others successful. We will be more ‘problem pull’ than ‘product push’,” explained Groen.

No updates since 10 November.

27 November
US NAVY
(Only contract of the day). Lockheed Martin Rotary and Mission Systems was awarded a $14 million modification contract to exercise options for AN/SLQ-32(V)6 design agent engineering services. The Naval Sea Systems Command is the contracting activity.

Raytheon Technologies has received a $453 million IDIQ contract for the aircraft engine Component Improvement Program. This contract provides for the following work: the Component Improvement Program establishes prioritised list of projects each calendar year to include developing engineering changes to the engines, developing organisational, intermediate and depot level repairs as needed, and designing modifications to existing support equipment as well as initiating new support equipment designs as required by engine driven changes. The program also provides support to resolve service-revealed deficiencies and maintain or extend the life limits of aircraft engines. The Air Force Life Cycle Management Center is the contracting activity.

24 November
US NAVY
BAE Systems Norfolk Ship Repair was awarded a $197 million contract for the execution of the USS Wasp (LHD 1) fiscal 2021 Chief of Naval Operations scheduled docking selected restricted availability. This availability will include a combination of maintenance, modernisation and repair of USS Wasp (LHD 1). This contract includes options which, if exercised, would bring the cumulative value to $237 million. The Naval Sea Systems Command is the contracting activity.

Bell Boeing Joint Project Office received a $12 million modification order which exercises options to modify the V-22 aircraft to the government of Japan’s unique configuration requirements. Additionally, the modification exercises options for the production and delivery of nine traffic collision avoidance systems, technical support representation and preservation of aircraft post completion of unique modifications. Foreign Military Sales funds in the amount of $12 million will be obligated at time of award. The Naval Air Systems Command is the contracting activity.

23 November
US AIR FORCE
Northrop Grumman Systems has been awarded a $185 million IDIQ contract for the A-10 Aircraft Structural Integrity Program Legacy VII. This contract provides for sustaining engineering services of A-10 aircraft. The Air Force Life Cycle Management Center is the contracting activity.

US NAVY
AAR Government Services has been awarded a $148 million IDIQ contract to provide contractor logistics support required for operating and maintaining the C-40A aircraft, aircraft subsystems, appliances and support equipment, including depot-level, main operating base and supply support and commercial line maintenance. The Naval Air Systems Command is the contracting activity.

NO EVENT UPDATES THIS WEEK