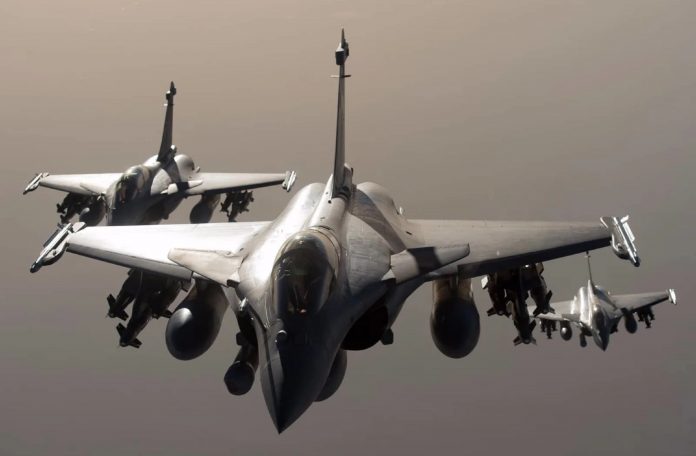 Indonesia’s Ministry of Defence (MoD) has revealed another ambitious list of proposed acquisitions for the Indonesian Air Force (TNI-AU) over the next four years.

Prabowo noted that funds have already been secured for this effort, which will recapitalise the TNI-AU’s combat aircraft fleet – apart from the BAE Hawk advanced jet trainers/light attack aircraft – with 36 Rafale and 36 F-15EX aircraft by 2024.

“Six of [the F-15EX] should arrive before 2022,” he said. The proposed list will be tabled before the Ministry of National Development Planning or funding approval.

French Defence Minister Florence Parly said on televised news in December 2020 that Indonesia is “very well advanced” in its effort to secure a deal for the 36 Rafale aircraft.

France had in 2015 pledged to transfer technologies to Indonesia to enable local involvement in the production of the Rafale should the aircraft be selected. Then French ambassador to Indonesia Corinne Breuzé promised collaboration between Rafale manufacturer Dassault and Indonesia’s state-owned aerospace company PT Dirgantara (PTDI) following two days of Rafale demonstrations at the Halim Perdanakusuma Air Force Base in east Jakarta.

Prabowo had also sought negotiations with Austria in July 2020 to procure all 15 Tranche 1 Typhoon combat aircraft operated by the Austrian Air Force.

The TNI-AU operates a mix of Russian Sukhoi Su-27SK/SMK and Su-30MK2/MKK as well as the US-made Lockheed Martin F-16A/B/C/Ds, with the A/B models now undergoing an enhanced mid-life upgrade (MLU).

Indonesia earlier planned to acquire the Su-35 and entered into a provisional agreement with Russian exporter Rosoboronexport in February 2018 but concerns over potential US sanctions had apparently scuppered the deal, leaving the US$1.14 billion deal mired in uncertainty.