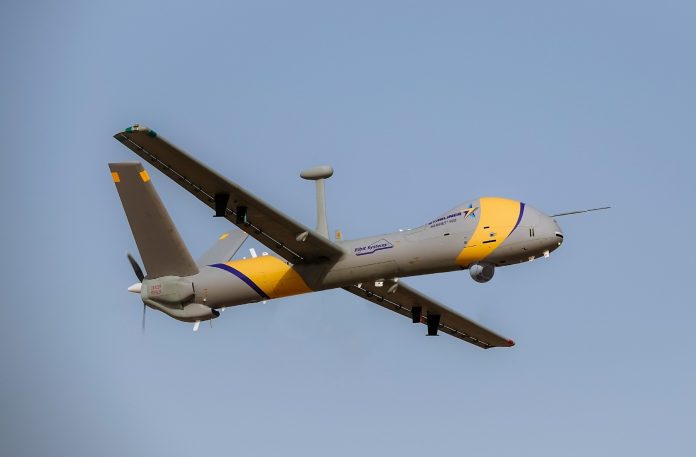 Israel’s Elbit Systems and South Korea’s Korea Aerospace Industries (KAI) have signed a Memorandum of Understanding (MOU) on 15 March to expand cooperation in the field of Unmanned Aircraft Systems (UAS).

The MOU centres on co-operation in unmanned airborne intelligence, surveillance, targeting and reconnaissance (ISTAR) for the Republic of Korea (RoK) armed forces as well as international customers, drawing from the experience of both companies within this domain.

“Elbit Systems is a leading UAS manufacturer with a portfolio of more than 10 different unmanned platforms from tactical-drones up to 1.5 ton medium altitude long endurance (MALE) UAS,” said the Israeli company, noting that its UAS are in operational service for decades and have been selected by more than 30 different customers in five continents, including Brazil, Canada, Chile, Israel, France, Switzerland, and the UK.

Further details of the MOU were not disclosed, although the company posted an image of its Hermes 900 Starliner platform along with its statement. Earlier in March, it announced a US$300 million contract to supply Hermes 900 UAS to an unnamed Asian country along with associated equipment and support over a five-year period.

Elbit Systems have also completed deliveries of three Hermes 900 UASs – comprising nine UAVs – to the Philippine Air Force (PAF) in the second half of 2020 under a US$153 million deal that includes other UAS such as the Hermes 450 and Skylark. All Hermes 900 UAVs are believed to have been delivered by the end of 2020, with at least six of these already operational in PAF service.

Meanwhile, KAI is developing a range of fixed- and rotary-wing unmanned aircraft such as the Night Intruder 600 VT. It has also signed a separate MOU with IAI to jointly offer loitering munition systems to the RoK armed forces.