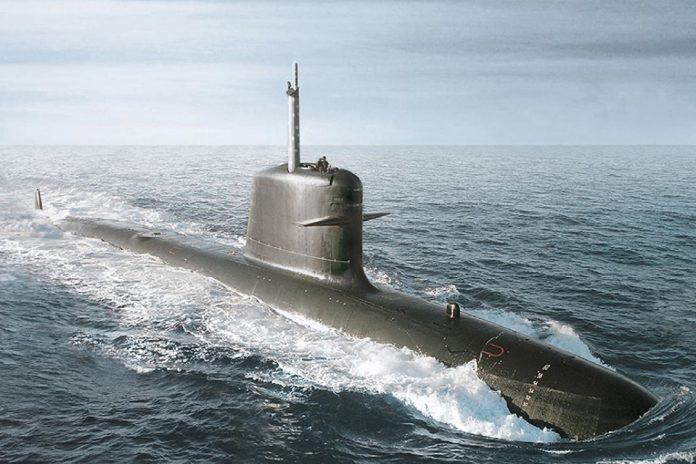 The Chief of the Philippine Navy, Vice Admiral Giovanni Carlo Bacordo, reiterated the service’s requirement for a submarine force in remarks made to the state-run Philippine News Agency (PNA) on 31 March.

Possessing diesel-electric submarines (SSKs) will enhance not just the navy’s capabilities, but also enable the Armed Forces of the Philippines to achieve a credible defence posture, PNA reported.

Vice Admiral Bacordo noted that submarines can perform a range of missions including anti-access/area-denial, maritime interdiction, as well as intelligence, surveillance, and reconnaissance (ISR).

“Having an operational submarine at sea will be a game-changer for the [navy],” he told PNA.

“Contenders will have to take into consideration the probability of facing a submarine at anytime, anywhere, without any warning, hence will affect their entire assessment of the tactical situation and their behaviour…it can infiltrate an enemy task force to hunt aircraft carriers and landing docks, and provide decisive superiority with a single lethal hit,” he noted.

No details of the SSK type being sought were detailed, but the Philippines has already received a commitment from the French Navy to assist in standing up a submarine force following a bilateral meeting between a delegation led by Vice Admiral Bacordo and his French Navy counterpart Admiral Pierre Vandier earlier in March.

However, Secretary of National Defense Delfin Lorenzana earlier announced in December 2019 that Naval Group’s Scorpène-class SSK meets the navy’s requirements. Both navies subsequently have subsequently convened for technical discussions on the SSK type since.

Sensing a potential opportunity, Naval Group announced in November 2020 that it had opened a representative office in Manila aimed at facilitating submarine acquisition as well as related facilities and capabilities.

“We are the only provider with previous experience in helping a country develop a submarine force from scratch and we stand ready to assist the Philippine Navy by providing the submarines but also setting up the training, facilities, and supply chain required to operate a fully operational submarine fleet,” said Naval Group Senior Executive Vice-President of Development Alain Guillou.

From our Correspondents October 5, 2017
X