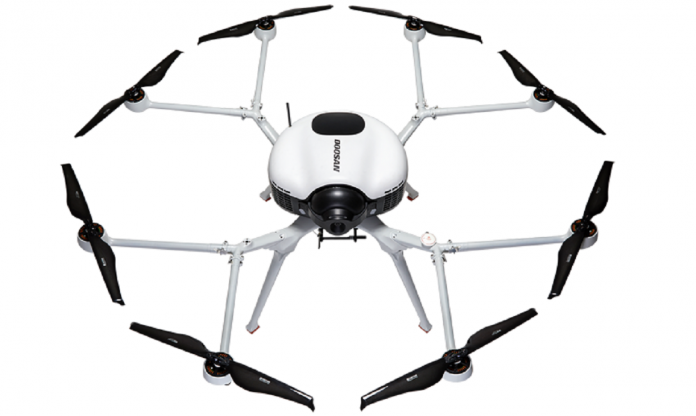 DAPA said in a 17 May statement that the UAVs – which will feature an indigenously developed hydrogen fuel cell technology – will be used by the Republic of Korea Air Force (RoKAF) to enhance its surveillance and reconnaissance capabilities.

The UAVs are being procured under a fast-track acquisition scheme, with deliveries commencing in November and expected to be completed within a year.

According to DAPA, hydrogen fuel cell-powered UAVs offer greater endurance than conventional battery-powered ones. Additional advantages include lower noise and vibration profiles, which in turn reduces the likelihood that these UAVs would be detected during covert missions.

“A battery-powered [UAV] can only fly for 10 to 30 minutes while a fuel cell-powered [UAV] can fly for more than two hours,” explained Doosan Mobility Innovation. “A longer flight time is possible with a fuel cell powerpack since its energy density is three to four-fold that of a battery.”

The company also noted that it only takes around 10 minutes to charge a fuel cell while it takes more than 60 to 90 minutes to fully charge a battery. Moreover, the performance of a conventional battery can degrade after 100 charge and discharge cycles, while fuel cell powerpacks can be used for over 1,000 hours.

DAPA is positioning this programme as a platform to establish hydrogen-related infrastructure, with the eventual aim of exploiting hydrogen as a power source for other military applications such as larger UAVs and armoured vehicles.

South Korea’s public and private sectors have collectively embarked on a mission to develop the country’s hydrogen ecosystem. The Hydrogen Economic Committee was formed in January 2020 to support a 20-year plan aimed at developing hydrogen technologies in five core areas: production, storage, transportation, power generation, as well as environment/infrastructure safety.