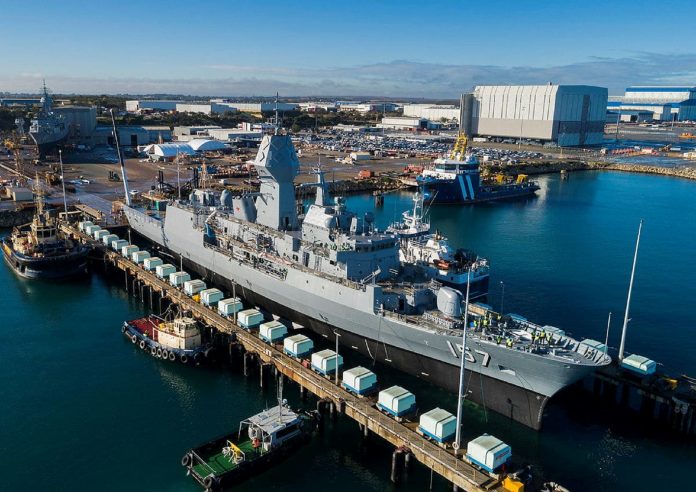 The Royal Australian Navy’s (RAN’s) Anzac-class frigate HMAS Perth returned to the water on 1 July at the Australian Marine Complex in Henderson, Western Australia following the completion of upgrades to the ship’s radar and communications systems, and crew-habitable areas, according to a statement by the Department of Defence (DoD).

The upgrades are part of the RAN’s ongoing Anzac Midlife Capability Assurance Programme (AMCAP), which focuses on modernising ageing platform systems, communications, installation of the long-range search radar as well as general maintenance. Work on the Anzac-class fleet is expected to be completed in 2023/24.

“This is a significant step towards the completion of Perth’s upgrade, which will now move on to the final stages, enabling the ship to return to the fleet and undertake deployments and exercises with our regional partners in 2022,” said Commander Anthony Nagle, the ship’s commanding officer.

The 3,600-tonne frigate is expected to undergo sea trials and certification early next year following the remaining work in its upgrade process. The ship was earlier placed in “extended readiness” in late 2017 as the RAN was unable to muster enough crew for operations, and received some elements of AMCAP at the Henderson Marine Complex in 2018.

The Australian National Audit Office (ANAO) noted in a 2019 report on the Anzac frigate fleet that the government was advised by the DoD that it would be necessary to extend the operational lifespan of the frigates prior to the next-generation Hunter-class entering service around the expected timeframe of 2027. The audit agency stated that Perth, which was originally expected to be phased out by 2033, will remain in service until 2043.