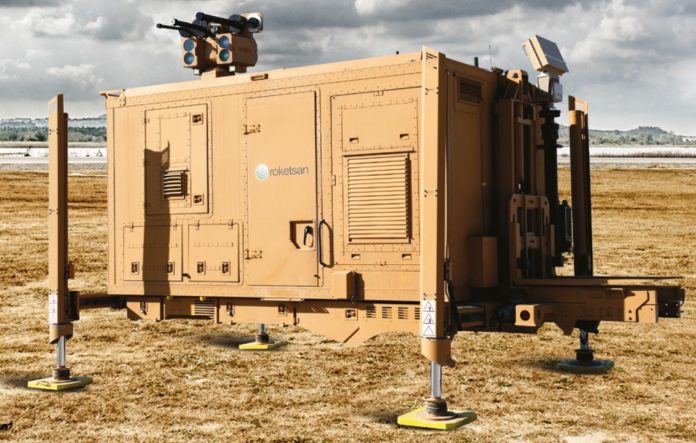 Continuing its works related to its missiles and munitions, Roketsan is also continuing to develop projects on innovative weapon systems. On display for the first time at IDEF’21, the ALKA Directed Energy Weapon (DEW) System is an efficient solution to the neutralization of Improvised Explosive Devices (IED) and mini/micro unmanned aerial vehicles (UAV).

The changes in threats that are emerging in parallel to global technological advances make it necessary to come up with new defence armaments. For example, mini/micro UAVs are very easy to obtain, and so are seeing increasing use in terrorist activities. IED assemblies, on the other hand, also continue to be a major threat.

Defence based on conventional firearms fails to take into consideration threats from mini/micro UAVs and the potential for collateral damage, as well as the specialized personnel and ammunition needed for such operations. A look at global trends indicates that innovative defence systems are being employed against such threats, and at an increasing pace. Similarly, the elimination of IED threats requires innovative solutions. ALKA is a cost effective solution that provides defence against IEDs, mini/micro UAVs, and particularly against mini/micro UAV swarms.

Developed to destroy IEDs, mini/micro UAVs with fixed- and rotary-wing and mini/micro UAV swarms outside the sphere of influence, ALKA can direct both electromagnetic and laser energy intensively and precisely against the threat, achieving targets through hybrid and layered methods.

ALKA is can perform target detection, tracking and differentiation tasks autonomously through the use of AI and deep learning algorithms. The system can also be integrated with external systems and used as part of a network structure. ALKA concentrates directed energy precisely on the target, hitting the exact marked point. The system can react at lightning speed, day or night, while the per-shot costs are extremely low.

With its modular design, ALKA can be used while mobile or stationary, depending on user needs. The mobile system can be considered an ideal solution for the defence of advancing or deployed units, as well as in urban operations, while the stationary system can be used for the air defence of critical facilities such as headquarters, base-ports and fortified gendarmerie stations.

Roketsan engineers are working on an ALKA Network Enabled Weapons (ALKA-NEW) concept that will make ALKA more efficient. ALKA NEW will provide the user with the ability to combine Multi-Laser Weapons with Network Centric Automation. ALKA will thus acquire the following capabilities:

Developed Successfully in a Short Time

The development process of ALKA with national means, as an innovative, progressive and cost-effective weapon, was launched by Roketsan in July 2016 using its s own resources. After achieving success in a short time, Roketsan completed the production and testing of the first ALKA prototype in July 2018.
After successfully passing all verification and qualification tests, ALKA is now being developed further based on feedback from its end users.

Roketsan and the Presidency of Defence Industries signed a contract for ALKA on 20 April 2021. National stakeholders are also contributing to the project, which is being carried with Roketsan in the main contractor role. As a result of the project, national skills and knowledge were brought to Turkey in many different fields.

Roketsan is also working for the integration of DEW system technologies into different platforms. It is aimed to develop systems with a higher power to serve as part of a layered air defence system in the future.