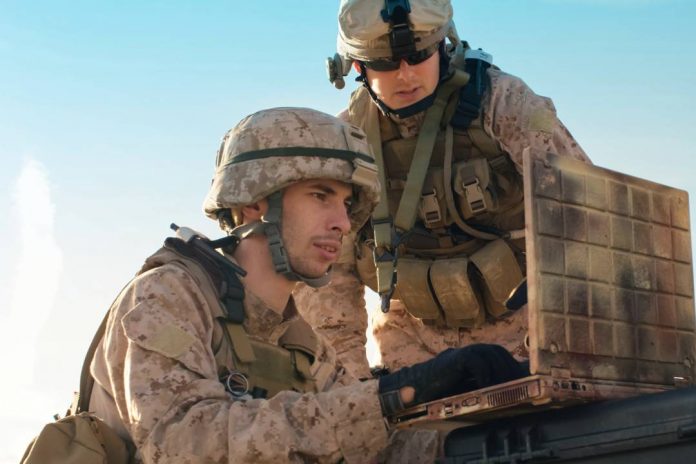 In Asia-Pacific, the demand for airborne Intelligence, Surveillance and Reconnaissance (ISR) is growing, and a wide variety of platforms from manned to unmanned are now being acquired by military operators across the region. Increasingly, this ISR data needs to be disseminated in real time among many potential groups within each sovereign nation’s defence structure so that the right strategic or tactical response can be initiated.

Similarly, naval vessels are also gathering data from their onboard systems and stepping up their use of unmanned systems – in the air as well as on the surface and subsurface. Naval ISR information not only needs to be shared between ships within a fleet, but also among all other assets supporting each mission as well as mainland command locations.

Remote locations on land, whether static or mobile such as special forces, also need continuous real time connectivity, particularly during clandestine operations. Humanitarian missions and disaster recovery can also trigger the need for urgent situational awareness of large areas to enable the authorities to strategize the recovery effort.

One of the key modernisations that many government and military users are undertaking is the replacement of equipment and systems from analogue to digital, which has resulted in much greater throughput demands between sensors and the networks they serve. But the increase in data, especially ISR, has triggered a need for it to be shared with minimal latency among large networks of military users.

As an example, the high resolution of modern sensors is such that the current networking infrastructure is struggling to keep up with the volume of data that needs to be shared. Many operators resort to throttling their applications to fit throughput capacities in order to transfer the data successfully. Handling increasing volume is paramount to SES’s next generation Medium Earth Orbit (MEO) satellite communications system called O3b mPOWER. The 11 MEO satellites that are the backbone of the system cover more than 96 percent of the world’s population, from 50°N to 50°S. Its performance, reach, and security will enable government customers to modernise their networks and accelerate adoption of cloud-based workloads and applications.

Based on the proven commercial success of the first generation O3b MEO constellation, O3b mPOWER offers an unprecedented number of beams per satellite, delivering uncontended, multi-gigabit network services with flexible bandwidth allocation. “O3b mPOWER has very high throughput rates, ranging from very low rates to multiple gigabits per second if required,” states Valvanera Moreno, Senior Manager, Program Integration Lead at SES. Patrick Carroll, Global Government Sales Director, Asia-Pacific at SES Networks adds “This means that the system can support multiple small tactical units with relatively low data rates through to data intensive advanced defence systems linking warships at sea, for example, back to a cloud processing solution for optimised sensor analysis and near real time decision making”. The latter only being realised due to the low latency and simple solution that only a MEO constellation can provide.

For military customers, a critical part of O3b mPOWER’s value is enabling sovereign control of satellite resources. This means delivering the benefits of a dedicated satellite constellation–sovereign gateways, preferred waveforms and hardware, control over supply chains, and secure beam mobility–on a regional or global basis without the need to build a dedicated national satellite system.

The O3b mPOWER system also adds resiliency to government networks. Jamming and interference from a MEO constellation, with its rapid movement of satellites adding further complexity to adversaries and resilience to end-users, are inherently more complicated than from a wide-beam GEO satellite.

Another key innovation of the O3b mPOWER system is its Adaptive Resource Control (ARC) software, which serves as the system’s ‘brain’, digitally controlling functions such as routing, power levels, throughput, and frequency allocation. This means that, for example, when manned or unmanned aircraft need to offload data, O3b mPOWER can prioritise uplink bandwidth to allow sensor data to be transmitted with high performance.

According to Carroll, “This very advanced technology enables the end user to benefit from optimised data throughputs of fibre-like quality and when complemented with sovereign options provides the secure services required to meet the requirements of all military users.”

To deliver O3b mPOWER, SES has partnered with key industry players to develop a robust, best-in-class technology ecosystem: Boeing is building the satellites; SpaceX is providing the launch vehicles; Get SAT, ViaSat, and other key partners are working on compact and high-throughput terminals and other ground technology. “O3b mPOWER offers unmatched flexibility and is massively scalable, thanks to its digital processing, which allows customers to adapt to changing demand in real time” said Moreno. To provide flexible, secure communications, O3b mPOWER enables sovereign control of network resources and supports encryption capabilities specific to each customer and with the ability to deliver services through the customer’s own government gateway facility. What SES promised with the launch of the O3b mPOWER project in 2017 will be ready for operation as planned in 2022.