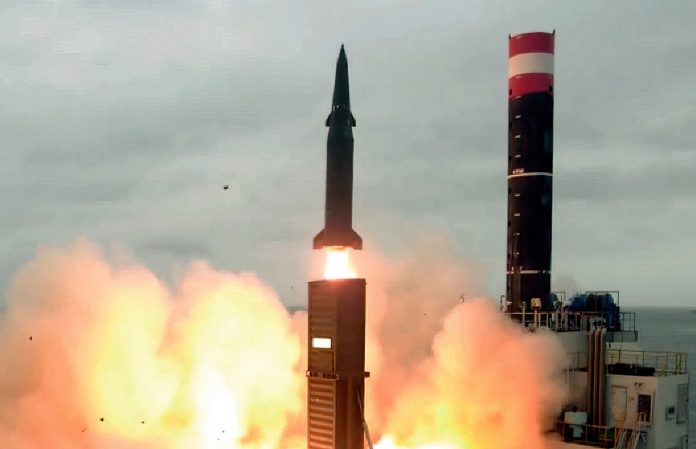 South Korea is in advanced stages of developing a large surface-to-surface missile (SSM) with a 3,000 kg-class warhead and a range of between 350 and 400 km, Yonhap News reported on 2 September citing local sources.

The unnamed SSM, which is said to be “as powerful as a tactical nuclear weapon” is in the final stretch of development and could be deployed by 2026 following several planned test launches, Yonhap added.

The paper also noted that the new SSM is designed to pre-emptively neutralize North Korea’s hardened underground nuclear and intercontinental ballistic missile (ICBM) facilities and bases. The range profile of the weapon will also enable Seoul to target any area of North Korea if it is deployed from the border between the divided states, which technically remain at war since the 1953 armistice.

The development of such a large and powerful missile had only recently been allowed when the US-South Korean ballistic missile guidelines of 1979 was terminated after a bilateral summit between South Korean President Moon Jae-in and US President Joe Biden in Washington on 21 May.

The guidelines were initially put in place to prevent South Korea from pursuing or possessing ballistic and cruise missiles with a maximum range greater than 800 km. The guidelines were revised several times in the past, including a lifting of missile payload limits in 2017 that enabled Seoul to develop heavy conventional payload missiles.

“Following the termination of the guidelines, we will exercise deterrence against potential threats and improve strike capabilities against main targets,” said the South Korean Ministry of National Defense (MND) in a statement at the time.

The MND announced on 31 August that it has requested a budget of ₩55.23 trillion US$47.6 billion for 2022, an increase of 4.5% from the previous year. It also stated separately that it will pick up the pace in missile research and development through 2026, with the aim of fielding new missiles “with significantly enhanced destructive power”.

In mid-2020, South Korea successfully tested the Hyunmoo-4 ballistic missile which has a range of up to 800 km and is capable of carrying a 2,000 kg-class warhead.

It also recently received its first of nine 3,000 tonne KSS-III diesel-electric attack submarines – ROKS Dosan An Chang-ho – which can be armed with submarine-launched ballistic missiles (SLBMs).